Journey of the Creative Professional

Josh Antonuccio speaks about the surreal journey of the creative professional in our world: how to succeed, how to get paid, how to surf our surreal reality. 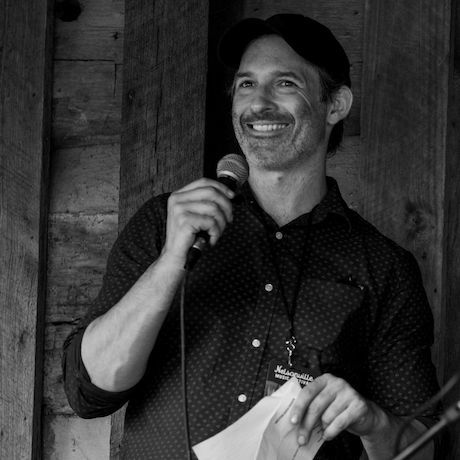 Josh is a Lecturer at Ohio University in the School of Media Arts & Studies, within the Scripps College of Communication. He has spent the last two decades in various creative capacities, as an educator, music producer, musician, audio and technology specialist, studio owner, creative researcher, and media journalist. Josh has worked as a producer and engineer with a multitude of signed and independent artists and has worked on sound design for both short and feature-length films. He is the producer and host of The Gladden House Sessions, a partnership with the Nelsonville Music Festival and WOUB Public Media. Josh also coordinates the MDIA Music Production Master Class, an exclusive opportunity which provides one-week apprenticeships for music production students with a recognized music producer in a leading national studio. The newest place-based education offering, the Music Industry Masterclass, was just announced this month. The course will bring Ohio University students to Bonnaroo and Forecastle to assist in the operations onsite and backstage of two major U.S. music festivals in the summer of 2019. Josh is also the director of the Ohio University Music Summit, which will present it’s the 2nd year of programming in March of 2019. He helped to co-found the Immersive Media Initiative (IMI) in the Scripps College of Communication, made possible through a near-million dollar innovation grant from Ohio University. He has overseen the development of the audio production resources in the Game Research and Immersive Design lab and has worked on ambisonic sound production and mixing for projects across numerous disciplines including film, music, health care, paleontology, journalism, and psychology. After her debut on Saturday Night Live, Josh and the Immersive Media Initiative worked with the Grammy-nominated artist Courtney Barnett to shoot portions of a main stage festival performance for VR. Josh wrote the score and was the audio supervisor for the 360-degree Virtual Reality short film: Re: Disappearing, which debuted in film festivals around the world.