Stress on the Inside and Out

After almost 16 years of incarceration, Jonathan Chiu reflects on stress while starting a new life in Oakland

Born in Hong Kong, Jonathan immigrated to the US with his family when he was 8. He struggled with assimilation and personal family turmoil. At age 22 he was sentenced to 50 years to life in prison for first-degree murder. In September 2014 he was transferred to San Quentin State Prison where he ran marathons, created crossword puzzles for the San Quentin News and Wall City magazine, and began performing stand up comedy. Jonathan was released on May 1, 2020 and is beginning his next chapter in Oakland. 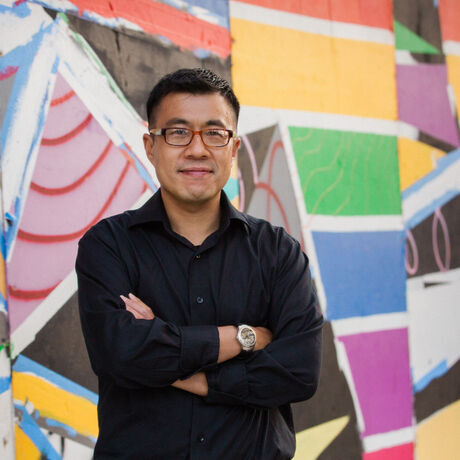 Born in Hong Kong, Jonathan Chiu immigrated to the United States with his family when he was eight years old. While growing up in Chino Hills, CA, he struggled with assimilation and personal family turmoil. On August 2, 2004, he shot and killed Mr. Travis Parker, and at age 22 he was sentenced to 50 years to life in prison for first-degree murder.

In September 2014 he was transferred to San Quentin State Prison, where he completed five marathons with the 1000 Mile Club and became the graphic designer and crossword creator for San Quentin News and Wall City magazine. He also participated in numerous self-help groups such as Restorative Justice, Guiding Rage into Power, Non Violent Communication, Restoring Our Original True Selves, KidCAT (a self-help group within San Quentin for incarcerated juveniles and juvenile lifers), and Prison to Employment and attended college through the Prison University Project. In addition, while at San Quentin he was able to turn his past trauma into comedy and began performing as a stand up comedian.

On November 21, 2018, Governor Jerry Brown commuted his sentence, and he was released from San Quentin on May 1, 2020. Now, after almost 16 years of incarceration, he is starting a new life in Oakland. Currently he works on the Instagram and Twitter campaign Voices of San Quentin. He is also part of the reentry group Bay Area Freedom Collective which assists released citizens with peer-to-peer support and direct assistance. He also volunteers his time at Arsola Distribution Center to provide food for families in the time of COVID.