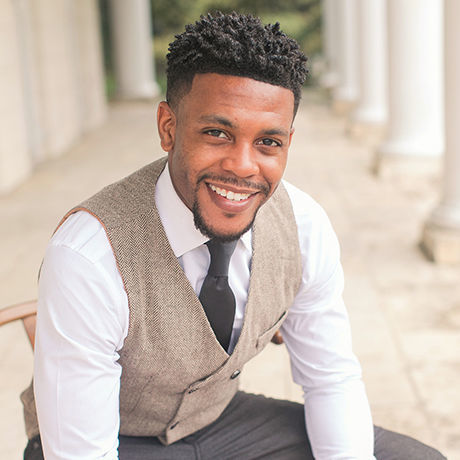 Jon Coker is the audience engagement specialist for KENS 5 in San Antonio, Texas.

He was born in Germany on a U.S. Air Force base and says he was “raised on an airplane” in a military family. Experiencing different cultures and countries around the world at such a young age contributed to his fascination with people and their stories. Since his early childhood, Jon has been a multi-tasker, managing several projects at once.

After graduating from high school, he accepted a position with KENS 5 as a production assistant, and soon after that, he signed on as an entertainer for Spurs Sports & Entertainment. He spent four years sandwiching his full-time college education between early mornings in the KENS 5 studio and late nights performing for the San Antonio Spurs as a member of TEAM ENERGY.

He received several awards for his news and feature stories and political cartoons in The Ranger newspaper at San Antonio College, where he majored in Radio, Television and Film Production. He transferred to the University of Texas at San Antonio (UTSA), where he received his Bachelor’s in Communication Studies. He’s also received leadership certification through the DeVos Urban Leadership Initiative. He devotes his experience to organizational leadership development imparting strategies and empowerment principles for growth to various team structures.

He left television for a few years to devote his full-time focus to outreach and community development as a student ministry director at Christian World Ministries, where he met his wife and started their family. Today, as the proud husband to Jaymee Coker and father to Amor and Amaris, he continues to serve with his family as the founder and CEO of Creative Hearts Entertainment, a non-profit organization that specializes in interactive character education programs and mentoring initiatives in schools nationwide.

In 2017, he published his first children’s book, “Big Little Words in Mari’s Big Little World,” which he dedicated to his daughters after partnering with his wife to launch a family outreach called A Little Amor: Books & Stuff. He regularly speaks as an advocate for youth at schools, churches and conferences around the city and state of Texas.

Jon returned to KENS 5 in 2018 as a journalist capturing primarily positive community stories. In August of 2019, he was asked to pioneer a new role created at the station, which focuses on creative content development and community engagement initiatives.

Hosted by The Impact Guild