“When you fully immerse yourself in your passions and embrace the unexpected, the results can be deeply beautiful.”

John Hook dives into his love of underwater photography and chronicles how the unpredictable nature of the sea and his commitment to ongoing experimentation have helped him to produce some of his most unforgettable images. 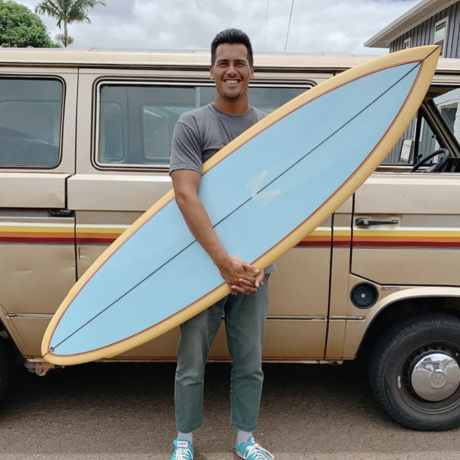 John Hook is the real deal. As someone who deeply loves travel, family, and time spent playing in the ocean, his photographs of these subjects, in particular, are crafted with genuine affection and regarded as some of Hawaii’s finest examples of such work.

A proud husband to talented local photo editor, Samantha Hook, and a father, John is one of Hawaii’s most in-demand photographers, with a diverse portfolio ranging from the serene to the chaotic. He is equally adept at capturing the quiet beauty of intimate moments, as he is the raw power of the ocean in his surf photography, for which is particularly well-known. At the same time, however, he is a notorious goofball, recognizable to many for his zany Instagram alter ego, Kookabunga.

John was born in Boston, but moved to Hawaii as a child and his lifelong love of the islands is palpable. His work feels effortless, spontaneous, but the artful composition belies a mastery of his form that comes from years of experience. He has been shooting film for the last 20 years, counter to most of his peers who long ago abandoned the craft for the convenience of digital photography. His grainy, impromptu captures of “in-between” moments feel nostalgic and refreshingly authentic.

We are thrilled to have John Hook present his exploration of this month’s theme, “Flow”, which was selected by the Mexico City chapter of CreativeMornings.