part of a series on Ugly 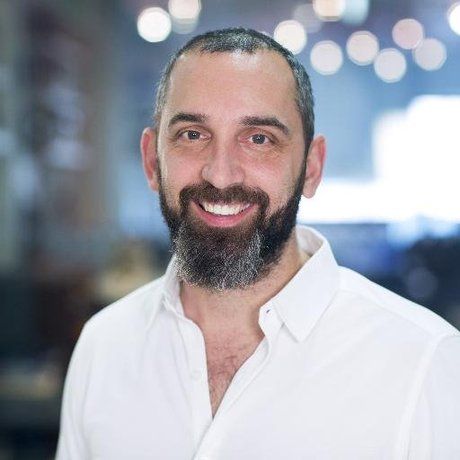 Have you ever worked with someone who just seemed too badass to be at that job? Like the cigarette-smoking, loan-sharking, Harley-Davidson-riding all star baseball player in the Bad News Bears? Yeah, me too, and his name was Joe Chernov.

The truth is, as impressive as his professional resume is, it’s Joe’s exploits outside of the marketing realm that make him such a one-of-a-kind guy. For the past few years, Joe has been teaming up with some of the best designers around in order to create work that aims to expose humanity’s cruel treatment of wild animals across the globe, from the illegal poaching of African elephants to the absurd practice of shark finning.

In his CreativeMornings/Boston talk on ‘Ugly’, Joe will share with us the story behind some of his best work, exploring how he uses the power of creativity and good design in order to shed light on the ugly side of humanity’s treatment of our world’s wildlife.

The Danger Booth is the next step in the photo booth movement. Designed by professional photographers with fun, simplicity, and the environment in mind, The Danger Booth offers a solution to boring table shots, unreliable disposable cameras, and missed moments with friends. We’d love to get dangerous with you!

We are a small team of donut slingers, spreading our love for handmade food to everyone we meet. Our team makes each gourmet donut from scratch, by hand, every day. We hope you love our donuts just as much as we love making them for you!

We’re storytellers at heart – committed to listening to and understanding our clients’ goals. To help tell your story, our team conceptualizes, creates and develops compelling content that is effective through multiple communications channels. Every project we work on has a custom solution that is aligned with our client’s wants and needs.

Wistia is video hosting for business. We help businesses add their videos to the web, track their performance, and find new ways to build and engage with their audiences using online video. We are a driven and imaginative team of people who believe that quality work leads to delightful experiences.

CreativeMornings/Boston is back in January to tackle the theme of “Ugly”! Join us as we kick off a new year full of creativity, sponsored by our friends at Brooklyn Boulders, Union Square Donuts, and The Danger Booth. Enjoy a nice warm breakfast, great networking, and a fantastic session led by Joe Chernov. Best of all, the event is completely free for all attendees!