Tom Short Doing Justice Where it Matters Most 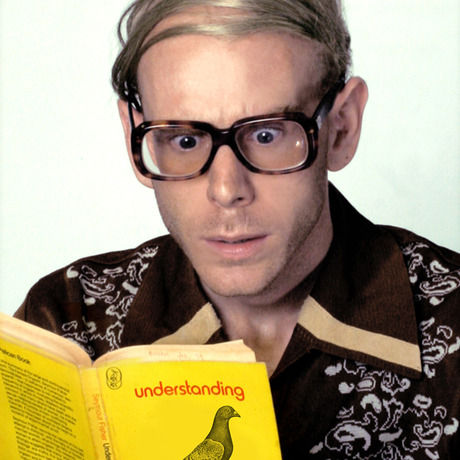 Jay Forster is a key figure within the Hong Kong Arts scene – pioneering and contributing to various creative projects over the past 18 years. Arriving in 1997 to discover a distinct lack of alternative music, he set about creating Robot – Hong Kong’s first regular house and techno night – soon followed by Robot Magazine, a freely offered urban critique and printed playground of ideas.

Founding Salon de Pigeon in 2000, a multi-media design studio offering creative solutions for both local and international brands, Jay has worked on a diverse range of projects with a particular focus on the event industry. Past clients have included: Hennessy, Lane Crawford, Pedder Red, Reebok, Smirnoff and W Hotel.

Incensed by the Urban Renewal Authority’s plan to “redevelop” Hong Kong’s oldest outdoor street market with the inevitable loss of heritage and culture, Jay co-conceived and produced High&Dry – an exhibition with more than 50 local participating artists – and was subsequently honoured with Perspective magazine’s 20/20 “design activism” award in 2008.

Equipped with a refreshed mindset, and a desire to challenge the prevailing sentiment that Hong Kong could not support an outdoor music and arts festival, Jay joined fellow enthusiasts Mike and Justin to create Clockenflap in 2008.

Whilst music has certainly been a key driver in the rapid expansion of the festival – it’s the lesser told but equally significant visual arts, which give Clockenflap, it’s unique identity. Clockenflap consistently delivers what may be described as ‘wonky’ (or perhaps surreal) and immersive experiences. The festival’s visual arts vision is to nurture local talent and assist in the production of large-scale installations, however as the festival expands, so too does the visual arts program – seeking to invite a greater number of internationally acclaimed artists.

As a painter and mixed-media artist, Jay has participated in various exhibitions in Hong Kong. These include the Evisu sponsored Cube Exhibition, Yumla’s Yumlart, the Andox Departure Exhibition, the 450 SQ.FT Exhibition, and Embassy’s Apero Yo Exhibition. Jay was also a finalist in the Cut&Paste design competition, creating ‘live’ designs to an audience. In 2012, Jay exhibited 15 large format oil paintings at Catflap, The Space. In 2014, Jay was selected as the artist and curator of Art Beat – and Absolute sponsored art meets music event.

As an independent filmmaker Jay has been invited to screen his short films at I Shot Hong Kong, Videotage & IFVA’s Home Movies, Moonlight Movies, and IDN & Videotage’s RecROOM. Jay has also been previously invited to screen Shift at The Prague Fringe Festival.

Jay is currently studying a Masters Degree in Sociology at Hong Kong University.