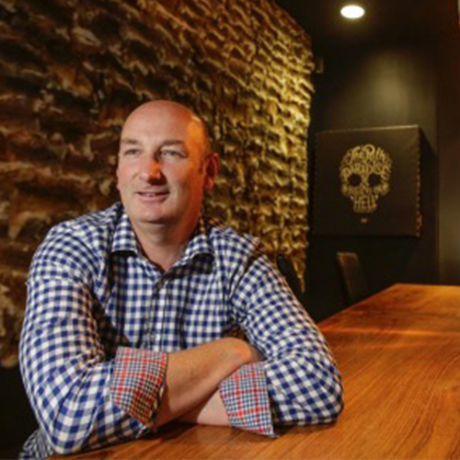 Hell Pizza’s phenomenal Marketing Manager, Jason Buckley is the brains and creative genius behind Hell’s legendary marketing campaigns and is joining us this month to share all things Taboo in the marketing world of Hell.

Jason bought his first business at 19 which was a hairdressing salon before moving onto rugby management (Hurricanes & All Blacks) in the early 2000s. Taking a change in 2004 Jason purchased two Hell stores in Napier, followed by another in Wellington which lead to makes 10 years making pizzas and now 6 years as the head marketer of Hell NZ.

During his 16 years at Hell Jason has seen the impact of taboo / controversial marketing tactics, but they go hand in hand for Hell. From the logo, to the company car that comes in the shape of a hearse, to injection pens and the infamous campaigns that have created so much anger, tears, and hopefully laughter Jason will share with us the best taboo marketing that Hell has done and what impact it had on the brand.