Jamie MacDonald One minute with Jamie

Jamie MacDonald One minute with Jamie

In his keynote, Jamie challenges our perception of reality. Who gets to decide what reality is?

Jamie MacDonald knows about the finicky nature of reality. Constantly moving and ever-changing. In his Reality keynote he talked about gender roles, transitioning from female to male, and larping. 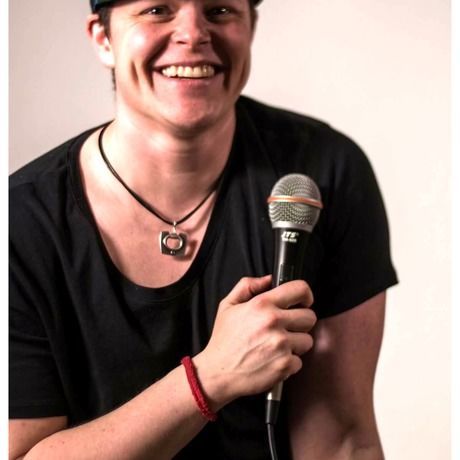 We know what’s real because we’ve decided what is real, together. What happens when you try out a new reality?

Jamie MacDonald is a Canadian artist who’s been living in Finland for 14 years. He started in theatre, went to performance art, and is now doing stand-up comedy and games.

He will give us a talk about REALITY. To him reality is a social phenomenon: we’ve decided what is real together. He’ll talk about what happens when you try out a new reality, when you fundamentally change what you thought was unchangeable about yourself: it requires that everybody around you agrees that your new reality is in fact real, and not just your imagination. To him the subject is very personal: in his case it relates to a gender transition.

To Jamie creativity is a positive force in people, and something that happens between them, too. We are beings who play, all the time, whether it’s a game, or with words, or with sounds, or ideas, or machines and objects. We create and play because it gives us a satisfaction like none other. His talk will be about live-action role playing games, test driving realities and putting a new reality in place for yourself.