Ananth Narayanan Dialogue in the dark

Jamel’s message is simple, but to hear it, he asks us to believe two things: every problem has a solution, and scarcity is a myth. Jamel talks about being born into the zip code with the highest incarceration rate in the U.S., where we have come to accept poverty and violence as “normal as the sun.” He breaks these issues down into their component parts, pointing out that where there is violence and poverty, there is a community need that is not being met. He outlines the work he and others are doing to meet those needs and interrupt those cycles: violence interruption to disrupt the school-to-prison pipeline, and basic income to disrupt cycles of poverty. Jamel is asking us to consider who benefits when these problems are not addressed, who benefits when we aren’t made aware of creative solutions to these problems, and who benefits from labeling creative solutions as radical. Perhaps most importantly, he reminds us that all of these problems do have solutions, and that we can work on these solutions together. 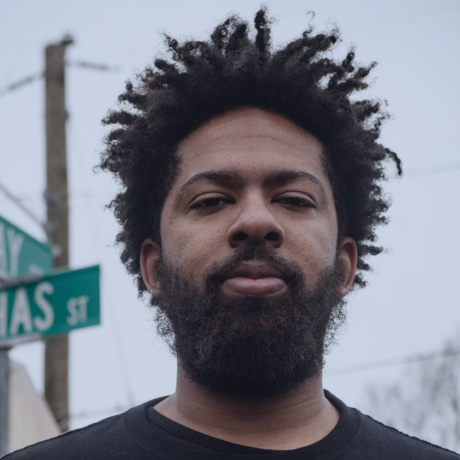 Jamel Campbell-Gooch is a Nashville native and community organizer whose work is rooted in 37208, but touches every part of Nashville.

As a violence interrupter with Gideon’s Army, Jamel alleviates community violence with practices based in restorative justice, building community and connection rather than resorting to police intervention.

Gideon’s Army also provides mutual aid in North Nashville, helping people to care for one another rather than outsourcing help to government or other service providers. Gideon’s Army has been a crucial leader in the aftermath of the March 2020 tornado, from which many, many people have not fully recovered.

He is also a founding member of Nashville’s Community Oversight Board, which was created by voters in 2018 to hold police accountable to our community.

The way that Jamel connects people with each other has been called radical by many, by those who mean well and by those who don’t. At CreativeMornings, we believe in community that’s welcoming for all and built on genuine connection, so we are especially proud to hand Jamel the microphone for this month’s discussion on Radical. Please join us.

Why are those ideas coming from the grassroots, and not the people we elect and pay with our tax dollars? Why are they not able to produce creative ideas like this? — Jamel Campbell-Gooch