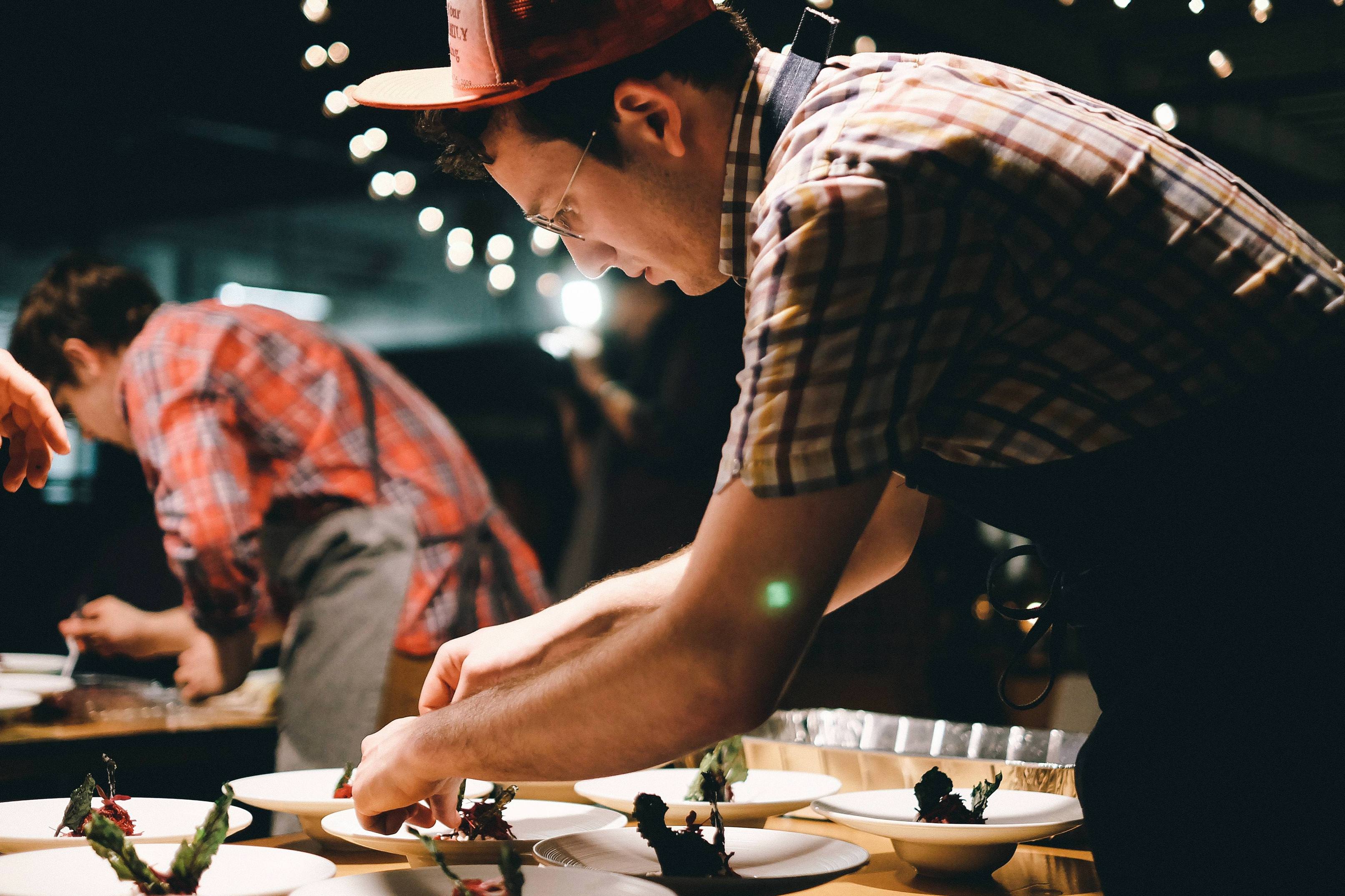 Jacob Boehm is the chef and owner of Snap Pea Underground where he takes experiential dining to new levels by combining surprising locations, storytelling and hyperlocal cuisine. His monthly pop-up dinners, having garnered a loyal following of over 5,000 members, typically sell out in seconds. Each dinner takes place in a unique, undisclosed location, ranging from inside the fulldome theater of the Morehead Planetarium, to the Tesla dealership, to the Raleigh Denim workshop. Snap Pea is built on a commitment to local agriculture, living wages, delicious food, and radical creativity.

Jacob grew up in North Carolina and New Zealand, before attending Stanford University to study music, theatrical lighting design and computer science. After graduating in 2012, he moved back to the Triangle to start Snap Pea. Culinarily, he is primarily self-taught, although he spent time at Pok Pok in Portland, as well as [ONE] Restaurant and Oakleaf in North Carolina. His work has been featured by Walter Magazine, ABC11, UNC-TV, The News & Observer, Indy Week, and more.