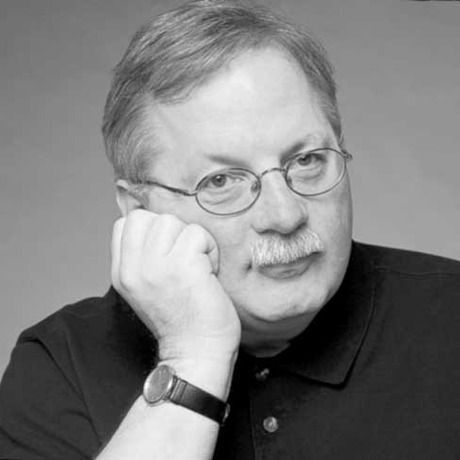 Hank Richardson is a member of the Art Directors Club, an avid teacher, and an inspiring leader in design education at The Portfolio Center. During his tenure there, his students have garnered more than 5,000 local and national awards, and his graduates are employed in the most highly respected firms and agencies in the world, including And Partners, The Attic, Cartoon Network, CNN, DesGrippes Gobe, Goodby Silverstein, Hornell Anderson, Hallmark, Landor, Leo Burnett, Martha Stewart, MTV, Pentagram, The Richards Group, Sapient and VSA and others.

Hank frequently speaks at universities, conferences, workshops, and seminars around the country. He has contributed to many books, including The Education of a Graphic Designer, by Steve Heller; Design for Communication: Conceptual Graphic Design Basics, by Elizabeth Resnick; Hey Whipple, Squeeze This: A Guide to Creating Great Ads, 2nd Edition, by Luke Sullivan; & Graphis, New Talent Commentary, Education for the Real World. His articles and speeches appear frequently in publications such as Step In Design and HOW magazines.