Ferne Caulker Bronson weaves together her personal stories as she speaks on self-imaging and how cultures imagine time. 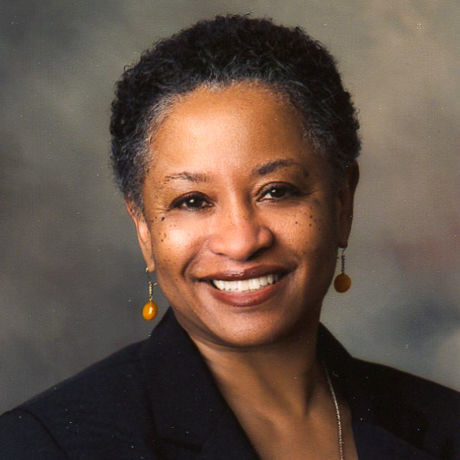 A native of Sierra Leone, West Africa, Ferne Caulker Bronson has studied with numerous master teachers in African and Caribbean dance and music, including Katherine Dunham, Lavinia Williams, Chief Bey and Pearl Primus. Through her continued research in the history and aesthetics of the performing arts of the African Continent and Diaspora, she continues the traditions of these great legends. She has been teaching at UWM since 1971, where she created the University’s courses on African dance and history and has served on numerous Universities committees. She founded and is the head of the University Dance Department’s BFA Degree in Choreography and Performance/African dance, the first of it’s kind in the US. She is the Founder and Artistic Executive Director of Milwaukee’s internationally renowned Ko-Thi Dance Company. Created in 1969, Ko-Thi is considered one of Wisconsin’s cultural treasures. She has received numerous awards for her consistent work in the preservation and exposure of the African dance and musical genres with children and adults. The company has performed in Japan, Canada and throughout the United States, including New York’s Lincoln Center ‘Out of Doors’ summer concert series and multiple appearances at Brooklyn Academy’s ‘Dance Africa’ series. In 1994 she was named a Fulbright Scholar, allowing her to travel to the continent of Africa in 1995 for a three-month research sabbatical in Tanzania, East Africa. She also proudly served one 3-year term as a Board member of the Wisconsin Arts Board. She recently contributed a chapter in the 3rd edition of The Dance Experience: Insights into History, Culture and Creativity, entitled “African Dance: Divine Motion.“ Caulker was invited to be a presenter in the 2009 Imagine America conference held in New Orleans. Caulker is a recipient of UWM’s 2012/13 prestigious Research Grant Initiative, (RGI) allowing her to continue her research into Africanisms in enslaved plantation culture throughout the African Diaspora in dance, song and music.