Miguel Luis Why honesty is a lot like being naked 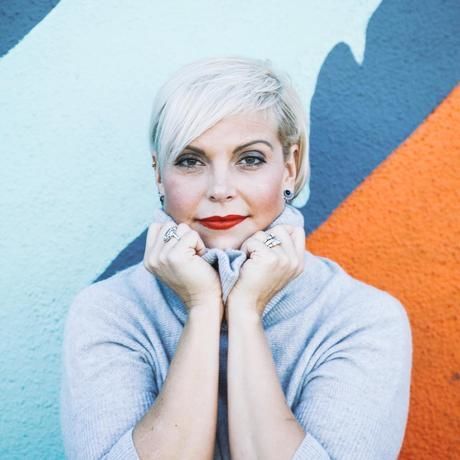 Jenn has emerged as an imaginative designer creating unique costumes for unconventional projects. She has recently designed the 6th and final season of HBO’s cultural phenomenon GIRLS where she creates effortlessly realistic costumes for a menagerie of unorthodox characters. Jenn has also designed season 5 of Netflix’s break out hit original series Orange is the New Black created by Weed’s Jenji Kohan. Jenn combines her passion for story telling and love of clothes to bring a character driven mindset and a keen eye to the quirky characters she dresses.

Of her work on GIRLS, The New York Times applauded the costume design of the hit show saying “The Clothes Make The ‘Girls!’” Glamour.com says “Rogien is behind some of our favorite looks to ever grace the small screen…and her work on GIRLS is creating a whole new genre of hyper-realistic, kinda-gritty on-screen style.” Cosmopolitan.com says “Jenn Rogien is responsible for creating some of the most alluring and sophisticated costumes on television — and some of the most unflattering.” Vogue.com calls her work “Seamless.” Jenn was awarded the New York Women in Film and Television Designing Women Design Team award in 2015 as part of the Costume, Hair and Makeup Design team for Orange is the New Black. Jenn is the 2012 9th Annual Style Awards TV Costume Designer of the Year, and was nominated for a Costume Designer Guild award in 2012 for her work on Girls. Entertainment Weekly named Jenn in its roster of ‘Brain Trust’ influencers in its 2012 Entertainers of the Year issue, and also included her as one of the top 50 “New Hollywood” Entertainers and Creatives in August 2013.

Jenn enjoys gardening and is a self-proclaimed shoe fanatic!