The circle of play

Anthea Moys Why wouldn't you want to come and play?

Anthea shares how she uses play as a tool for creativity, problem-solving and just generally getting more out of life. 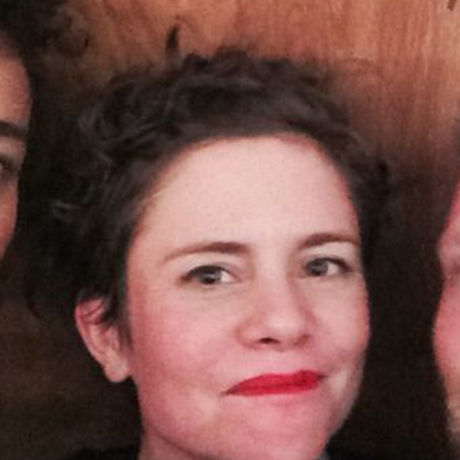 When Anthea was 5 years old she had a fantasy. The fantasy was that she wanted to learn as much as possible and be able to shape-shift from one job identity to the next: from a fire-fighter to a ballet dancer, from a singer to a soccer player. So she became an artist. Anthea is also a teacher and a consultant. In her work, Anthea invites people to play! She engages people in situations that ask them to break and remake the rules and find new ways to work and play together. Sounds strange and maybe a bit hippy, but it will all become clearer in the talk…

Whilst her background and training is in the arts, she is the last to define herself narrowly… In her work as an artist her fantasy kind of came true: she has been a cyclist, a boxer, a painter, a snowswimmer, an arm wrestler, a street cleaner, a porter, a rugby player, a bagpipe and soccer player, a ballroom dancer, a chess player and a singer, a karateka, an alpine horn and ice hockey player and a Swiss wrestler. She is currently learning how to dj. Engaging in this large variety of human experiences has informed her way of working with people from all walks of life and her interdisciplinary creative approach in her consultation practice.

Other normal bio stuff: In 2008 she completed her Masters in Fine Arts (cum laude) at the University of Witwatersrand with a focus on structured play and performance in public space. More recently she completed a course in Art Therapy and Social Activism. Over the last ten years she has travelled widely in her capacity as an artist and workshop facilitator to Zambia, Berlin, Australia, Sweden, London, Italy, Switzerland and France. In 2011 Anthea was selected as one of Mail & Guardians Top 200 Young South Africans. In 2013 she won the Standard Bank Young Artist Award for Performance Art (inaugural) where she created her “Vs.” series, which embraced failure and reimagined winning as the act of learning itself. In May 2015 she participated in the Johannesburg Pavilion residency at the 56th Venice Biennale. In 2016, Anthea co-initiated and produced the Hey Hillbrow let’s dlala! public art parade and was a workshop facilitator for My Alex – Youth Perceptions of Place.