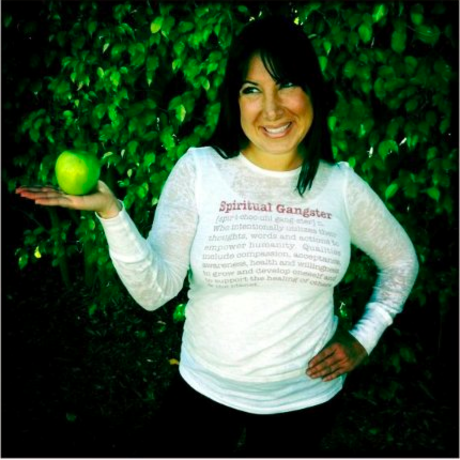 Four years ago I tragically lost my Mom, just three years after losing my Dad. Living in New York City at age 33, I was suddenly orphaned, became depressed and allowed myself to be caught up in the grind of corporate America. I kept putting my health, nutrition and spirituality on the back burner. My high-powered job with Equinox fitness clubs was to help people get healthier but I was living the unhealthiest lifestyle. I knew I couldn’t continue on this path and decided to begin to restore my life and make better choices. The first step was to renew my faith. Slowly I rediscovered myself and fell in love with life again! Looking for a fresh start, I left Equinox, Pure Yoga and moved to South Florida. I started working at The Standard Hotel on South Beach where I proudly built a very successful personal health-coaching practice. My new life was great! I was coaching and helping people make positive changes in their lives. I finally really felt at peace, but not for long.

On June 12, 2011 I received a phone call that would change my life. My brother Anthony had suffered a stroke. He wasn’t found until 24 hours later! He had suffered “Anoxic Encephalopathy Brain Injury” and was in a coma – the result of a lack of oxygen to the brain. His prognosis was bleak. They said Anthony would never be anything but a vegetable. His doctors suggested my sister-in-law and I pull the plug! I was devastated. I had already lost both my parents. And now my brother? There was something deep inside, calling me, saying to refuse to accept the doctors’ prognosis! My sister-in-law, now managing their business and caring for their three children, relied on her strong Christian faith for strength. She called on her prayer warriors. They surrounded Anthony daily to pray over him. I mustered up all the strength I could and combined with my nutrition knowledge to start using many forms of healing modalities on Anthony from aromatherapy to nutritional support. I demanded Omega-3 fish oil be administered into his feeding tube, and the miracles started to unveil. Five months passed. We visited five different hospitals, consulted endless doctors and specialists. They all kept saying the same thing: “There is no hope and he will never get better”.

I kept steadfast in my belief that all he needed was the right combination of nutrients. I kept giving him E3Live, CoQ10, Omega-3 fish oil, and superfood green smoothies. Anthony finally came out of the coma in September, and started to slowly speak. I never gave up on the power of superfoods! Tremendous amounts of faith, prayer, touch, love, positive affirmations, visualizations, never ending verbal and moral support as well as the nutritional supplements, brought my brother back to life. Anthony has been blessed with consistent healing. Two years later his memory and cognition are 100%. He recognizes the importance of balance in his life through food choice, stress reduction and exercise. My family has been blessed with a miracle! Anthony’s miraculous transformation solidified my desire to be of service and to help heal others through proper nutrition. That is now my mission and the reason I wake up every morning: to teach others the power and importance of wholesome, nutritious food choices.