Going back in time

Jan Shepherd How Flow helps thinking out of the box

Looking at Bucharest through vintage lenses. 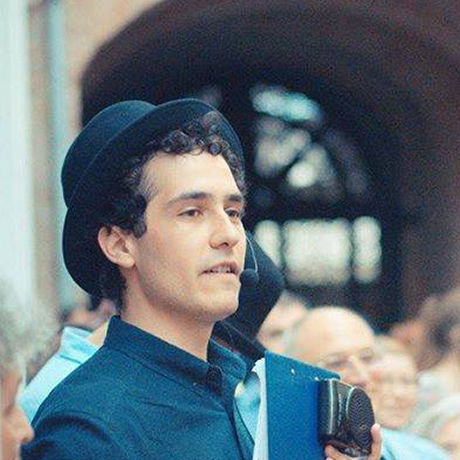 Edmond was born in 1990 in Bucharest and is known for his projects dedicated to the salvation and conservation of the heritage and the memory of Bucharest, but also for initiating cultural programmes held under ARCEN (www.arcen.info). He graduated in theology and political science and is currently attending the Centre of Excellence in the Study of Image.

In 2008 he has initiated the ”The binding past” programme, through which he unlocked funds for the strengthening and restoration of the Central School, which he included in the White Night of the European Museums, an event that annually attracts about 10.000 participants.

From 2010 he is the president of ARCEN. In the same year he initiated ”A stroll through Bucharest with a walking stick”, a project of cultural-pedestrian routes of the capital that combines architecture, history and stories of the city and from 2013 the project „Through the remains of the old Bucharest”, a programme dedicated to the memory and the heritage of the former slums of Bucharest.

From 2015 he is collaborator of Tanănana radio and co-manager of the ”21 Nocturnes” project, dedicated to the contemporary poetry.