Drew tells the story of his efforts to digitize and share Buncombe County’s historic slave records.

Speaking on the theme of transparency, Drew will tell the story of his efforts to digitize and share Buncombe County’s historic slave records. Drew will share a personal story of one woman’s quest to find her ancestors, and speak about how revealing our past can help heal the wounds of today. 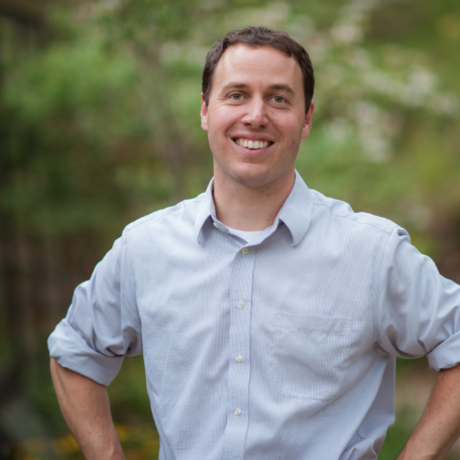 Drew Reisinger is the Register of Deeds of Buncombe County. Drew believes that good government is collaborative, innovative, and easily accessible, and that it treats all citizens equally. Drew graduated from Appalachian State University, and resides in West Asheville with his wife Katie and his adorable toddler named Simon.

Drew worked in wilderness therapy before becoming interested in political organizing and public service. His experience includes working as a field organizer for Barack Obama’s 2008 presidential campaign, organizing young people for action on climate change with PowerShift in 2009, and managing Patsy Keever’s successful campaign for North Carolina House in 2010.

In 2011, Buncombe County’s long-term Register of Deeds retired, and the executive committee of the Buncombe County Democratic Party elected Drew as his successor. He was then elected to a four-year term in 2012. As Register of Deeds, Drew has taken it as his personal responsibility to make his office one of acceptance and equal treatment for all. For that reason he has made his the first Register of Deeds office in the South to offer services in Spanish in person, on the phone, and online. In addition, Drew helped lead the fight for marriage equality in our state. Drew proudly kept his office open late on the evening of October 10, 2014, when North Carolina’s Amendment One was struck down, and he issued the first same-sex marriage licenses in the state of NC. As a result of Drew’s activism on this issue, Buncombe County continues to be known across the South as a place where all loving couples will be treated with respect.

Drew has also implemented many technological advances in his office, digitizing historic records, creating an online marriage license application, and he became the first Register of Deeds in the country to put historic Slave Deeds recorded in his office online.

When Drew is not at the office, he spends most of his time chasing Simon.