The Food Ecosystem: How knowing our food better can transform our communities

Liat Segal Not All Data Was Born Equal

Master Baker Don Guerra tells the story of Barrio Bread and his commitment to a local, sustainable supply chain and food education. 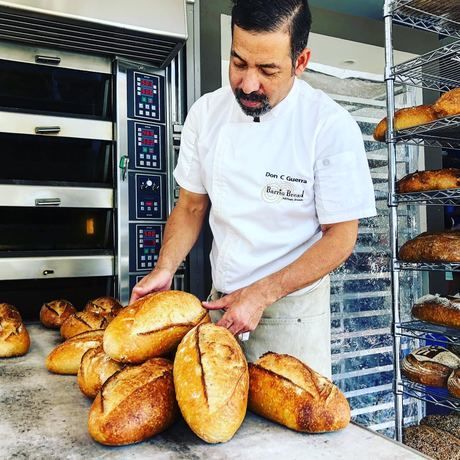 Don Guerra, founder of Barrio Bread, has successfully developed the Community Supported Baker (CSB) model in Tucson. He is known as a skilled artisan baker and forward thinking entrepreneur, who has worked diligently to develop his business, promote the local food movement, and showcase heritage grains. Don has taught at The University of Arizona, Tucson Village Farm, presented at the Eller College of Management, and collaborated with Native Seed Search. His work has earned him a reputation as an elite baker, educator, and promoter of community networks. Don has also consulted in Mexico, Taiwan and throughout the United States.

Don is a graduate of the University of Arizona College of Education and has 27 years of baking experience, In 2015 he was awarded a USDA Local Food Promotion Grant that significantly helped him to increase collaboration with others and expand production with a new bakery. In 2016 Don was named one of the Top Ten Bakers in America by Dessert Professionals magazine.