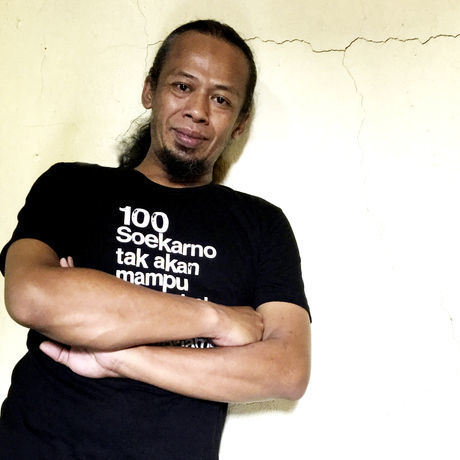 Dodi Nursaiman is a Bandung-based designer/entrepreneur stuck in close ties with adversity. His life pattern is somewhat like building a tower. Stacking brick by brick diligently until it’s made into shape. It stands tall for a certain period, whilst slowly aging, until at one point it finally decays. He took it as a signal to start anew, and so he built the second one—just to see it crumble again after reaching its destined time. Without wavering, he kept on going with the third, the fourth, the fifth, and so on. He has experienced demise, over and over. Yet he always stood back again, stronger and smarter every time. To this man, death does not denote the end—it heralds a new beginning.