Stress before finding yourself.

David talks what has held him back and how what overcame through understanding.

This month speaker talks about how stress has impacted his life, what type of stress has held him back from taking the next step forward and what it means to be a creative. 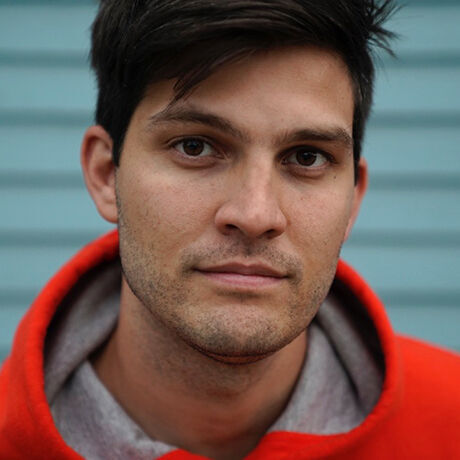 David Vertesi has spent the last 15 years making a name for himself as a versatile contributor to the Canadian music industry. A founding member of Vancouver’s Juno-nominated indie pop band, Hey Ocean!, he has also worn the hat of producer, artist manager and community advocate. In 2011, he founded the annual event #SingItFwd raising more than $200,000 for youth music programs in the Downtown Eastside and garnering a YMCA Power of Peace Award. David Vertesi is also the co-founder of Create Vancouver, a non-profit society that aims to transform the way art is seen in the city. As the Executive Director of the organization and their flagship event, Vancouver Mural Festival, Vertesi has overseen the creation of more than 150 new large scale murals across Vancouver. In three short years, CVS has worked in a range of areas such as Mount Pleasant, Strathcona, Victoria Drive, Granville Island, North Vancouver, the Downtown Eastside and the False Creek Flats. In 2017, Vertesi and Vancouver Mural Festival were selected for Vancouver Magazine’s Power 50 Award.

How do you define creativity and apply it in your life and career?
To me, creativity is about thinking in possibilities. My life and career up til now have been about collaboratively manifesting big ideas and I like to think it happens by mixing creativity with a high tolerance of uncertainty and a healthy dose of pragmatism.

Where do you find your best creative inspiration or energy?
In general, working collaboratively around a shared vision. In music, by myself late at night. With murals, when I see blank walls, which is basically all the time, haha.

What’s one piece of creative advice or a tip you wish you’d known as a young person?
Creativity can be innate, but it’s most powerful when also treated as a skill to be practised and mindset to be honed.

Who (living or dead) would you most enjoy hearing speak at CreativeMornings?
Beck.

What’s the craziest thing you’ve ever done?
Having a kid.

What fact about you would surprise people?
I’m a casual yo-yo enthusiast, I started in my 30s.

What music are you listening to these days?
Sault - Untitled (Black Is)

What was the best advice you were ever given?
A producer told 19-year-old me not to focus on the existing music industry, but rather stay focused on my vision, work, and scene to become part of the next version of the industry.

What books made a difference in your life and why?
Hard to narrow it down, Whole Earth Discipline by Stewart Brand, Analog Days: The Invention and Impact of The Moog Synthesizer by Trevor Pinch and Frank Trocco, Extraordinary Popular Delusions and the Madness of Crowds by Charles Mackay. Actually, reading Avengers and Justice League comic books as a kid instilled a deep belief in the superpower of collaboration so maybe let’s go with that.

When you get stuck creatively, what is the first thing you do to get unstuck?
Something else.

What is the one movie or book every creative must see/read?
The documentary, Jodorowsky’s Dune is so inspiring when it comes to vision, impact, team-building, and sheer creativity. So much of what we see as failure and success is simply about context and mindset.

What is the one question we haven’t asked that you want to answer?
My favourite animal is the Beaver.