See The Genius in Yourself

When are we in the presence of Genius? 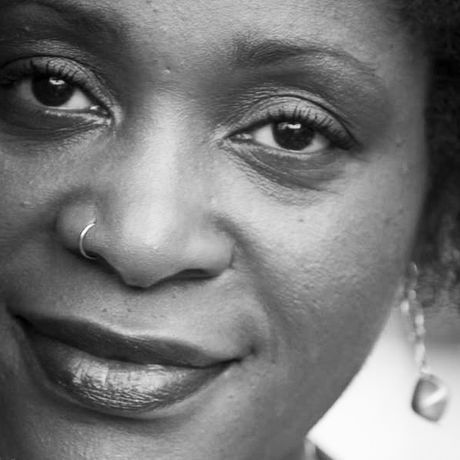 Dasha leverages the processes of writing and creating to curate discussion experiences for programs and organizations around the world. From team building to reflection to strategic planning to healing, Dasha is equipped with an expanse of skills, ideas and experiences. She is rooted in collaborative work and committed to human-level development. Subsequently, Dasha has been selected serve as an Arts Envoy for the U.S.Embassy to teach, perform and facilitate community building initiatives in Botswana, Africa, and the island of Mauritius. She was the first U.S. Artist in Residence through a partnership with Lebanon’s Rafiki Hariri University and the American University of Beirut.

Dasha has written features and essays for national, regional and local magazines; published two collections of poems, essays and short stories; four full-length spoken word recordings; a poetry chapbook; and two novels. Her most recent novel, Almost Crimson (Curbside Splendor) was named one of the 16 of the Most Exciting Books by Independent Publishers. Dasha appeared in the independent films Role Play and Mark My Words, on the final season of HBO presents Russell Simmons’ Def Poetry Jam and is a sponsored artist of the National Performance Network. In 2017, Dasha’s work will be included in two anthologies celebrating the centennial of Gwendolyn Brooks.

Dasha holds an MFA in Creative Writing from Antioch University and a Masters in Marketing Communications from Roosevelt University and founder of Still Waters Collective, an arts outreach and community-building initiative. Dasha has twice been a finalist as Poet Laureate for the State of Wisconsin and, in 2016, named Artist of the Year by the City of Milwaukee.

A former “Army brat,” Dasha lives in Milwaukee with her husband, their blended brood of five children, and one imperious cat.