Say yes, then figure it out

Marissa Kelly The Boss of Fun

D. Lynn Meyers returned to her hometown of Cincinnati to help close the Ensemble Theater. Instead, she stayed and has kept the theater open and thriving. For the past 20 years, she has adapted to everything the world (and this city) throws at her.

D. Lynn Meyers believes in the power of a theater that is focused on the contemporary- the here and now. As she says, “For the last 20 years I have spent time here [at the Ensemble Theater] believing that a theater dedicated to new works, new ideas, socially conscious material… just plays that speak to the social heart of who we are that would attract a younger audience, that would help transform a neighborhood.” Meyers discusses how she came to run the theater in OTR at the time when the city was encouraging here to pick up and move it to a “safer” part of town. “It was either quit and fail or move forward. And that’s the choice you get to do every day. You can settle. You can quit. You can move forward. So I’m hoping today that you’ll walk away feeling that change is terrifying because it’s 99% of the time positive, and if we don’t change we die. If we don’t change, if we don’t take our next breath, we die.” 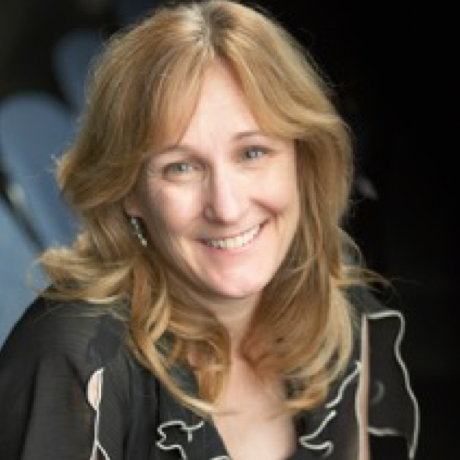 D. Lynn Meyers is the Producing Artistic Director of the Ensemble Theatre Cincinnati where she is celebrating her 19th season, and having directed over 50 world and regional premieres. A native of Cincinnati, Lynn started her career as Associate Artistic Director at Cincinnati Playhouse and during her career has directed throughout the US and Canada. In addition to directing, she has casted for PBS CBS, BBC and HBO.

Once somebody connects with you on a truly honest level, that connection never goes away. — D. Lynn Meyers

The ability to change as the world around you changes is essential. — D. Lynn Meyers

Change is terrifying because it’s 99% of the time positive, and if we don’t change we die. — D. Lynn Meyers

It’s about being in the business of not jeopardizing who you are because you’re scared of continuing. — D. Lynn Meyers