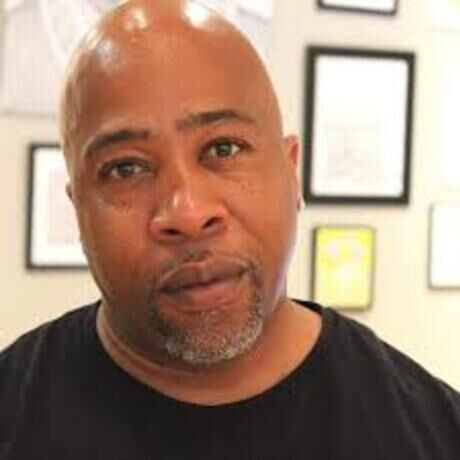 Curtis Ray Davis was arrested in September of 1990 in Compton, California and extradited to Shreveport, Louisiana on a warrant for 2nd Degree Murder: a crime he did not commit. Having previously enlisted in the U.S. Army, he believed in law and order and the moral correctness of the judiciary. However, without a shred of physical evidence, he was sentenced to life without parole in prison and served 25 years and 9 months at Angola State Penitentiary.

At Angola, he became aware of his skills for organizing and learning of the law. The warden drafted him into the State Certified Tutor Program where over a period of 7 years he was on the team that lowered the prison’s recidivism rate by 60% by addressing life skills as well as academics. His work in the law library gave him the tools that he needed to win his 9th Application for Post-Conviction Relief in the La. Supreme Court.

He was released from Angola Prison on July 8th, 2016 and immediately joined the fight for penal reform in Louisiana through his work as a public speaker, author, a Mental Health Specialist at Superior Counseling Service, the Shreveport Chapter organizer at Voice of the Experienced (VOTE), the Outreach Paralegal at the Southern Poverty Law Center, an advocate with Louisianans for Prison Alternatives, and a Parent Support Organizer at Step Up Louisiana. His first book “Slave State: Evidence of Apartheid in America” is a collection of essays written during his incarceration.

Curtis is the proud father of 3 children and lives with his wife in Shreveport, Louisiana.

Curtis was hired to serve as the Executive Director of the ReEntry Mediation Institute of Louisiana on September 1, 2020.