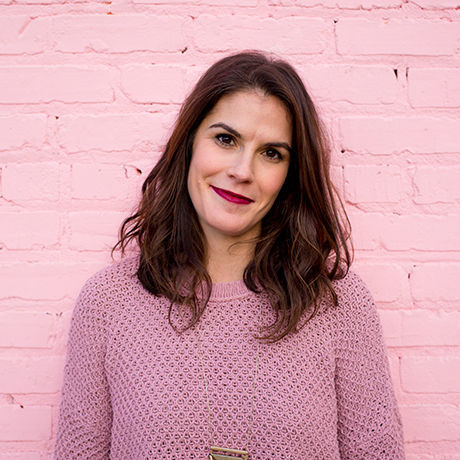 Cristen Conger is a writer, podcaster, and professional womansplainer. An Athens native, Cristen graduated from UGA’s Grady School of Journalism in 2006, though not before meeting her future work wife, Caroline Ervin, at the Red & Black campus newspaper. Neither Cristen nor Caroline had any inkling at the time that 10 years later they’d still be friends, much less co-founders of Unladylike Media, a multiplatform brand on a mission to demystify difference, inspire empathy and raise hell.

From 2008 to 2016, Cristen was a senior staff writer and host at HowStuffWorks.com where she developed and co-hosted Stuff Mom Never Told You, one of iTunes’ first educational podcasts by and for women. After nearly a decade of researching and producing a library of digital content about gender, sexuality and social justice, Cristen realized it was time to take her equality-aspiring values to the next level, and Unladylike Media was born in January. Cristen and Caroline’s first book, Unladylike: A Field Guide to Smashing the Patriarchy and Claiming Your Space, arrives next spring from Ten Speed Press.

In her CreativeMornings talk, Cristen will explore what equality really means within creative contexts, how it’s essential to innovation, and why Atlanta is an imperfectly perfect community to bootstrap the change we want to see in the world.