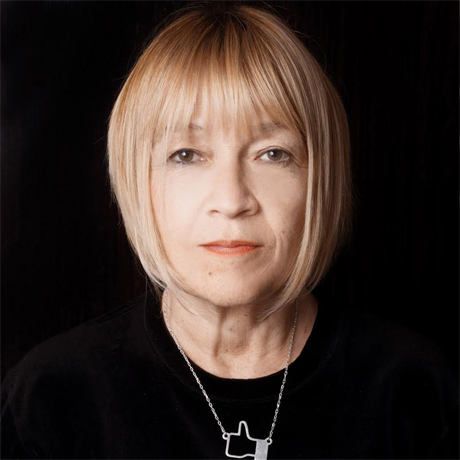 Cindy Gallop is a graduate of Somerville College, Oxford, whose background is brandbuilding, marketing and advertising - she started up the US office of ad agency Bartle Bogle Hegarty in New York in 1998 and in 2003 was named Advertising Woman of the Year. She is the founder and CEO of http://www.IfWeRanTheWorld.com, co-action software launched in beta at TED 2010 and subsequently written up and taught as a Harvard Business School case study; and of makelovenotporn.com, launched at TED 2009. She and cofounders Corey Innis (CTO) and Oonie Chase (User Experience) launched makelovenotporn.tv in public beta in early 2013.

She acts as board advisor to a number of tech ventures, sits on the Women At NBCU Digital Advisory Board and consults on brand and business innovation for companies around the world, describing her consultancy approach as ‘I like to blow shit up. I am the Michael Bay of business.’ BusinessInsider last year named her one of 15 Most Important Marketing Strategy Thinkers Today, alongside Malcolm Gladwell and Seth Godin.

She has a reputation as a highly compelling and inspirational speaker at conferences and events around the world on a variety of topics. Her talks on the future of advertising and marketing have been tweeted as: ‘The most brilliant speech on the future of advertising ever – not the usual buzzword-laden bullshit’; ‘Watching @cindygallop slice and dice the ad industry status quo like a ginsu knife. #purewin’; and ‘There must be a DeLorean parked outside, because Cindy Gallop is from the FUTURE!’ Pardeep Sall introduced her at InfluencerCon NYC as ‘Cindy Gallop is the truth Jack Nicholson told Tom Cruise he couldn’t handle.’