Waveforms. About sound in visual arts.

Christoph De Boeck talks about the relation between sound and space. 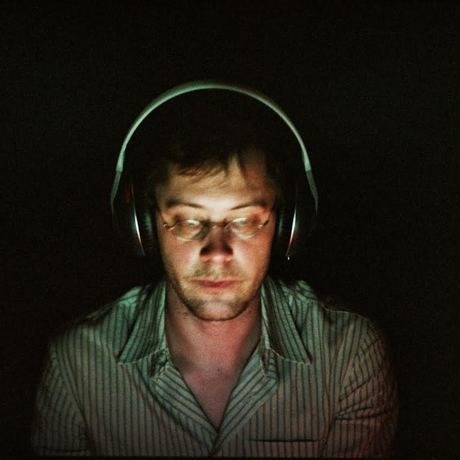 Born in Antwerp in 1972, Christoph De Boeck has studied English and Dutch language and literature at the University of Antwerp, with a later specialization in performance studies.

He has a PhD in performing arts, from the University of Antwerp, where he researched topics such as performing arts and the political dimension, followed by sound art and sound in performing arts. He has also worked as a sound designer for CREW Eric Joris, an experimental company which aims to visualize how technology is changing us.

Christoph creates installation work in which sound resides as an articulation of energy. Surfaces are resonating and sound sources are spatially arranged in order to create an image that is both visually and sonically coherent. He has made use of sensor technologies to map brainwave frequencies, solid vibrations in architecture, and tree wind velocities in order to transform the captured wave signals into audible sound dynamics.

He transforms spaces by means of acoustic energy. Spatialization works have included a ‘Steel sky’, an interactive installation with a grid of suspended segments of steel which resonate in relation with the presence of the visitor. In HORTUS he transformed the atmosphere of a public garden through the exclusive use of sound. He re-distributed the diversity of bird sound by responding to natural conditions like wind and sunlight, as well as the frequency of visitors passing through.

Recently Christoph has focused on how stress or tension leaves acoustic marks on materials, as it also does in tunnel infrastructure and nuclear vessel cracks revealed by ultra-acoustic technology. These projects relate to a man-made world that is under pressure, through the arrangement of acoustic events measured on a timescale that is beyond perception.

Together with Aernoudt Jacobs, Christoph runs OVERTOON, a platform for sound art based in Brussels, which hosts residencies for sound artists and carries out research in issues related to sound. In its studios in the center of Brussels, artists can make use of the workspace, of tools which facilitate the production process related to audio and media art, artistic feedback, production and financial support and a broad international network.

At CreativeMornings Brussels, Christoph will talk about working with sound in visual art and art-science projects, and about the platform he founded with Aernoudt Jacobs that facilitates the production of this kind of art.

Beethoven used to bite in a stick that was clamped to his piano frame, so he could 'hear' the vibrations through his teeth. — Christoph De Boeck