Christiaan talks about life in quarantine and how this led him to video blog his experiences under the rap pseudonym ‘The Fully Sick Rapper’, which led him to create another successful youtube series 'Bondi Hipsters’ 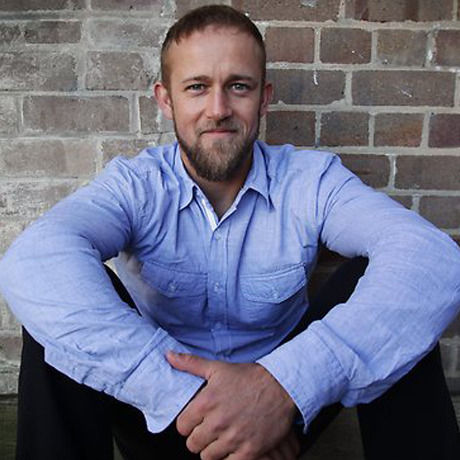 Christiaan is one half of the Van Vuuren Bros - the Directing duo behind viral hits such as ‘The Fully Sick Rapper’, ‘Bondi Hipsters’ and ‘Kid in Cockpit’, which have collectively received over 8 million hits worldwide, and earned them a Youtube following of 45,000+ Subscribers.

Christiaan decided to move into filmmaking after being told he had Tuberculosis and would be confined to a hospital room for 6 months – where he and his brother Connor created a series of viral videos based on an online alter ego, ‘The Fully Sick Rapper’. Christiaan has also Directed online episodes for ‘Eastern Suburbs Mums’, ‘Skit Box’ and the musical comedy video ‘Daddy Issues’.

Together, the Van Vuuren Bros have created work for a range of TV Networks. Their first attempt at a long form narrative, a 60 Minute TV Comedy titled ‘SICK!’, aired on MTV throughout April 2012 and has earned them a 2012 ADG Award Nomination for “Best Direction in a TV Comedy”.

I think, most importantly, it's about doing stuff instead of wishing you had done stuff. — Christiaan Van Vuuren

Putting your money where your mouth is; if you got an idea, or you got something that you want to make, just make it! Find the people around you to get together and to create that idea. — Christiaan Van Vuuren

Have the bravery to find those people, put yourself out there, and try to create work with them. — Christiaan Van Vuuren

There's a real opportunity for us as creative people to take risks in the work that we do, based on our gut instincts . — Christiaan Van Vuuren