From Ansel Adams to Macklemore: Grit, Guts, Gumption and the Art of More

Photographer and Entrepreneur Chase Jarvis speaks on the art of more—making more work and putting more out there, and why that’s the bravest thing you can be doing, but also the most rewarding. 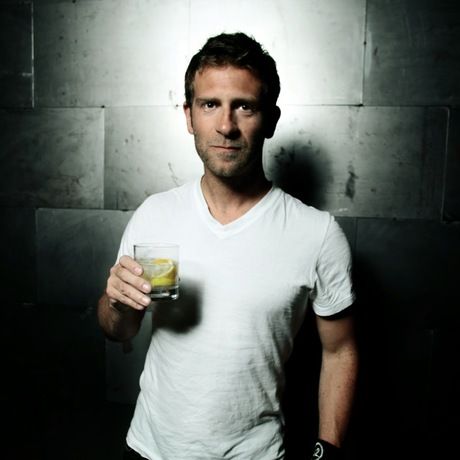 Chase Jarvis is well known as a visionary photographer, director, and fine artist with a consistent ambition to break down the barriers between new- and traditional media, fine- and commercial art.

Early in his career, Chase dabbled in filmmaking, directing and producing short films (winning recognition at select film festivals across the country), but this passion was resurrected in 2008 when Chase launched the world’s first HDdSLR for Nikon. As literally the first artist in the world with access to this technology, Chase was propelled into the limelight as a new “indie” directorial figurehead armed with these new cameras and others like it, as well as the creative chops that have helped defined a new era of filmmaking. As such, his career as a Director and Producer of commercials, short films and music videos has exploded in the last 2 years. Whether working on commercial or personal projects, the opportunity to work with some of the best brands of our time–Apple, Starbucks, Nike and others–with multi-platinum artists like Sarah Mclachlan and members of Pearl Jam–Chase has defined an aesthetic that’s all his own.

In the Fine Art world, Chase has begun work with curators, museums, and foundations, as well as galleries in the USA, Europe and Middle East in and around work in mobile photography, “instant” and “live” worlds of creativity, and the interrelation of accessible art and popular culture. His most recent installation at the Ace Hotel NYC during an artist in residency drew international acclaim, as well as attention of curators from MOMA and The Metropolitan Museum of Art in NYC. In the lineage of Warhol, Basquiat, and Shepard Fairey, Jarvis has worked to elevate the nature of instant art, community collaboration and sharing of art while simultaneously democratizing its processes.

Chase is also the creator of 3 books. Seattle 100, Portrait of a City which is the culmination of a 3 year project photographing cultural leaders in Seattle and combining those images with an ethnography of the city he calls home. Another book launched in 2007 titled simply Stevens Pass–the first book of its kind celebrating a single ski area. And last year’s hit book–part of an ‘ecosystem’ combined with an online site and iPhone app–called The Best Camera Is The One That’s With You was released in the Fall 2009 to widespread media acclaim, and was featured on ABC, NBC, CBS, the Discover Channel, Fox, CBC Canada, as well as in The New York Times, Washington Post, LA Times and numerous other media channels in broadcast, print, and online. His iPhone app “Best Camera” completely re-shaped the photo app paradigm as the first app that allowed users to share images via social channels from within the interface of the app – a feature that is now considered requisite. Wired Magazine and Macworld both called Best Camera a “Top 20 app of the year” out of more than 300,000 apps online by, and was also highlighted by Apple CMO Phil Schiller in a New York Times feature article, calling it a “must have” app along with Facebook, ESPN, and CNN.

In addition to his creative pursuits, Chase has many interests. He is a widely sought after presenter and has been a Keynote speaker on 5 continents. His invites include those ranging from Fortune 500 companies, to top universities, to the prestigious TEDx conferences held worldwide. He is an “accidental” social media maven with millions of subscribers, fans, and followers. He is also an entrepreneur–having recently started one of the world’s fastest growing online education companies, creativeLIVE.com, in March 2010–and is a gifted leader, volunteer, husband and uncle.

Allow yourself the freedom to step away from perfection because it is only then that you can find success. — Chase Jarvis

The best way of doing it, is showing it. — Chase Jarvis

Art is but a subset of creativity. — Chase Jarvis