My favorite posters are always the ones that tell a story.

Charles Youel is the founder of Artcrank, a pop-up bike art show. In this talk, Charles explores visual language, storytelling, connecting, caring, enjoying success, making friends with failure, and the myth of waiting until the right time to make your art. 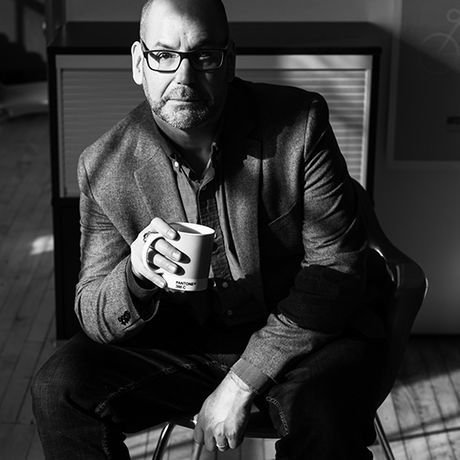 Charles Youel is the founder and Creative Director of ARTCRANK®, a pop-up art show of bike-inspired posters that began in Minneapolis in 2007. In 2009, ARTCRANK began staging “bike art parties” in cities across the U.S. and beyond. To date, ARTCRANK has staged more than 60 events, including shows in Portland, San Francisco, Los Angeles, Denver, Austin, Chicago, New York, Boston, London and Paris.

In 2015, ARTCRANK launched a Bike Poster Shop at artcrank.com, mostly so that people would stop asking “Do you sell posters online?” The site features a constantly changing selection of limited edition prints by independent artists, all priced at $45. ARTCRANK also began the formidable process of digitizing the more than 2,000 posters in its archive, in preparation for a series of books that will be published sometime before the end of the world. Probably.

In a previous professional life, Charles worked as a copywriter, creative director and strategy wonk for several advertising and design agencies, most of which have ceased to exist. This is purely coincidental. Charles still does regular consulting work in creative and brand strategy, but he can quit anytime.

There is a language to silence and reflection and being able to appreciate things that we tend to lose track of very easily because life moves pretty quickly. — Charles Youel