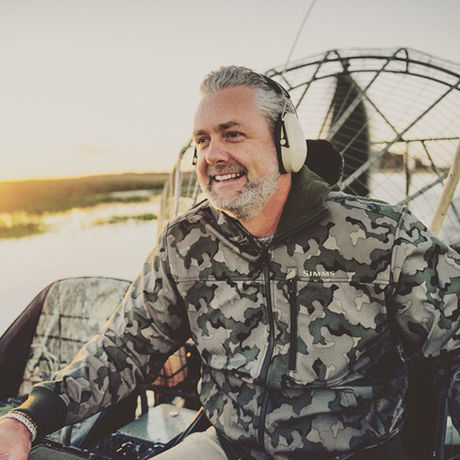 As a native Floridian, Chad Crawford has always loved his home state, and he’s made it his mission to share it with the world. He’s often called Florida’s Ambassador for this very reason.

Emmy award-winning how to Do florida with Chad Crawford began as a way to combine Chad’s passions – filmmaking, Florida, and literally anything outdoors – but has evolved into a passion project. The more he travels the state, meeting people whose livelihood is the land (and water), the more aware he has become of the issues facing Florida – namely the water crisis.

He has worked alongside Florida Fish and Wildlife, Coastal Conservation Association, Florida Department of Environmental Protection, Florida Department of Agriculture, Everglades Foundation, Captains for Clean Water, and author Richard Louv in directed efforts to help preserve Florida’s natural resources, and to communicate how we can all be part of solving the environmental problems the state is facing today.

Recognizing that the next generation needs be part of this conversation, he created an Emmy award-winning kids’ show, The Outsiders Club. The series is geared toward kids and young families, takes place outdoors, and educates viewers in a fun and meaningful way about how they can care for Florida’s environment.

Chad uses his platforms to create fans of Florida, but more importantly, he’s interested in creating advocates for Florida. He often says, “When people experience the real Florida they are more likely to take interest in the issues that affect it.”

His famous sign-off “Get out and Do Florida” has incited a movement of people, stoking renewed interest in our state’s environmental issues. He encourages his fans to both enjoy Florida and be part of preserving its resources, saying, “If we all do just a little, well, that’s a lot.”

Chad and his wife live in Central Florida with their four children.