We are not broken people 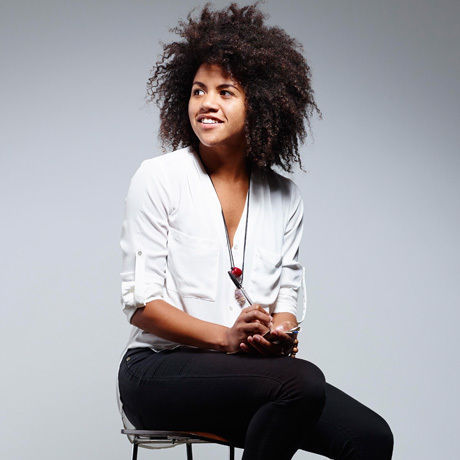 A proud and recognizable resident of Toronto’s Regent Park, Britta B. is an artist, spoken word poet, public speaker, special events host, mentor and arts educator. Britta features as a lead cast member in the musical, The Journey, based on the revitalization of Regent Park. She provides ongoing mentorship for “at-promise” youth, facilitates spoken word and leadership programming, and oversees a self- care project with UNITY Charity for youth residing on the Fort Chipewyan reserve. Her spoken word performances have featured in over a dozen cities across North America including New York City, Vancouver, Detroit, Montreal, and New Orleans.

I've learned that words can create spells. And words can even breake spells. — Britta B

I share my story so that people who are going through what I've been through don't feel alone. — Britta B

All I ever wanted was for people to be proud of me. And the only ones who matter are my family. — Britta B

I've heard so many stories of other peoples lives and all I ever wanted to to was to share a piece of mine. — Britta B

You, me... we are not broken people in my mind. We are experienced, we are used for reminders and examples of what and what not to do. — Britta B