For Brett Cook, color has lived different lives based on application and form.

In this insightful talk, Brett goes into the different applications of color and how they have meant something different based on context and platform. In his work, color has been a healing tool used for uplifting communities, socio political expression, and showcasing different threads of cultures where they are not present in certain communities. Listen to this talk if you want to see color tell stories. 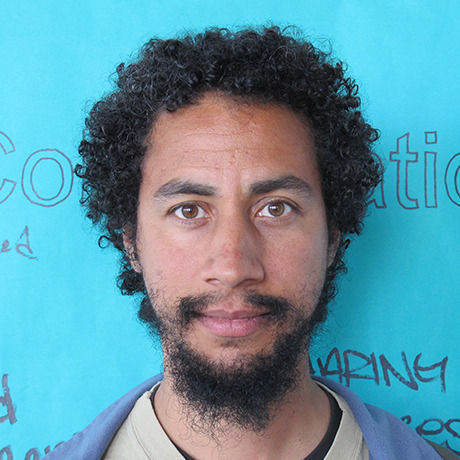 Brett Cook is an artist and educator who uses his creative practice to transform outer and inner worlds of being. For over two decades, Cook has produced installations, exhibitions, curricula, and events widely across the United States, and internationally. His museum work features drawing, painting, photography, and elaborate installations that make intimately personal experiences universally accessible. His public projects typically involve community workshops and collaborative art, along with music, performance, and food to create a more fluid boundary between art making, daily life, and healing.

Teaching and public speaking are extensions of his social practice that involve communities in dialogue to generate experiences of reflection and insight. He has taught at all academic levels in a variety of subjects, and published in academic journals at the Maryland Institute College of Art, Columbia, and Harvard Universities. In 2009, he published Who Am I In This Picture: Amherst College Portraits with Wendy Ewald and Amherst College Press.

He has received numerous awards, including the Lehman Brady Visiting Professorship at Duke University and the University of North Carolina at Chapel Hill and the Richard C. Diebenkorn Fellowship at the San Francisco Art Institute. Recognized for a history of socially relevant, community engaged projects, Brett was selected as a cultural ambassador to Nigeria as part of the U.S. Department of State’s 2012 smARTpower Initiative and an inaugural A Blade of Grass Fellow for Socially Engaged Art in 2014. His work is in private and public collections including the Smithsonian/National Portrait Gallery, the Walker Art Center, and Harvard University.

There was no graffiti, there was no hip-hop culture, but I knew I could draw, so I started doing stuff on walls. — Brett Cook

Robert Alton Harris was going to be the first guy killed in the gas chamber in 25 years in San Quentin. And for his last super he wanted Kentucky Fried Chicken and Pepsi. So my friend did a sketch and he painted in acrylic, I painted in spray paint…and then we put it up in downtown San Francisco. So is this graffiti? ‘Cuz here’s this really iconographic painting still life image. Or is it graffiti ‘cuz my friend is working in acrylics? Or is it graffiti ‘cuz we’re starting to show our stuff in galleries…and here it is outside? — Brett Cook

I met this guy who was a lot like me…and he’s like, “You know what, man, you do a lot of stuff outside, I want to do stuff outside.” And I said, “You know what? For me, because I’m starting to use all these colors, it’s getting so technical I can’t do it in the middle of the night. I’m thinking about doing these panels and then mounting them outside.” — Brett Cook

I came at what they called the Golden Era of graffiti in Oakland. In Fruitvale were these tracks that were about 2 miles long that people from all over the world would come paint at. Here is 1988,this is a picture of me, it has this text on it that says, “The world is my canvas, the canvas is my message, the message is my theory, the theory is my life.” That was me trying to be deep when I was 19. — Brett Cook

“Graffiti” comes from the Latin word “graphīre” which means “to scratch.” You can go to see where Alexander the Great conquered and all the way through Europe down to North Africa, everywhere he went he put his name. Tagging is not a new thing. — Brett Cook