Bret Lott speaks on understanding people, stepping outside of himself, and seeing through others’ lives in his writing.

After 8 novels, esteemed writer and tenure professor at College of Charleston, Bret Lott delights the audience at CreativeMornings Charleston with tales of his creative writing process. He works in his personal life stories and his technique for using personal stories to see through others’ lives. He ties in the theme Empathy to explain that in writing, you must not speak of the “thing” but to be the “thing” you are writing about. 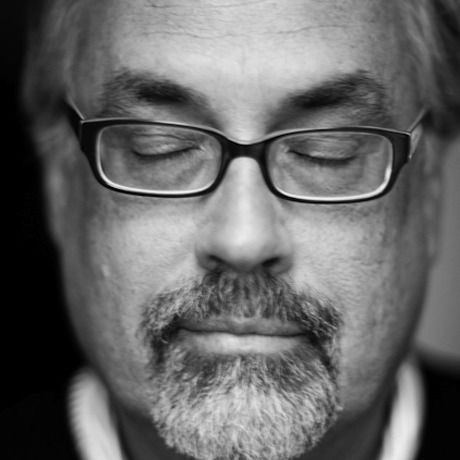 Bret Lott is the bestselling author of fourteen books, most recently the nonfiction collection Letters and Life: On Being a Writer, On Being a Christian (Crossway 2013) and the novel Dead Low Tide (Random House 2012). Other books include the story collection The Difference Between Women and Men, the nonfiction book Before We Get Started: A Practical Memoir of the Writer’s Life, and the novels Jewel, an Oprah Book Club pick, and A Song I Knew by Heart. His work has appeared in, among other places, The Yale Review, The New York Times, The Georgia Review and in dozens of anthologies.

Born in Los Angeles, he received his BA in English from Cal State Long Beach in 1981, and his MFA in fiction from the University of Massachusetts, Amherst, in 1984, where he studied under James Baldwin. From 1986 to 2004 he was writer-in-residence and professor of English at The College of Charleston, leaving to take the position of editor and director of the journal The Southern Review at Louisiana State University. Three years later, in the fall of 2007, he returned to The College of Charleston and the job he most loves: teaching.

Empathy is the ability to step outside of yourself and actually inhabit someone else's life. — Bret Lott