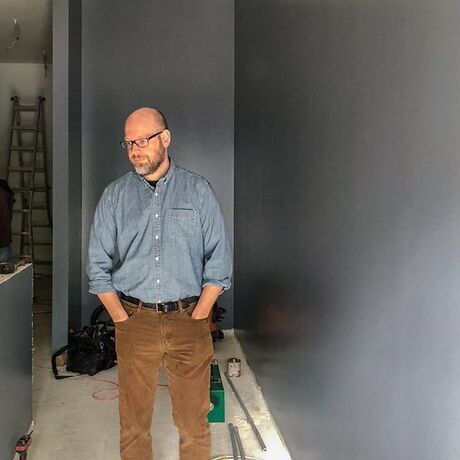 Originally from NYC, Ben Johnson is trained as an architect, but bounced around from Virginia to Philadelphia, Tokyo to Boston. He eventually moved to Buffalo in 2010 when his wife was hired on a tenure track at the UB Graduate School of Education. A series of family emergencies forced a reassessment of what was most important in his life. Focusing on time spent with the kids, having a chance to work creatively and with a degree of autonomy, and the need for a flexible schedule lead to a radical change in careers. Blue Table Chocolates was begun primarily as an online business in 2014 until it simply grew too big for that. We opened our first retail location in 2019 in the Five Points Neighborhood, with a focus not so much of expansion as being able to put out better and better product each season.