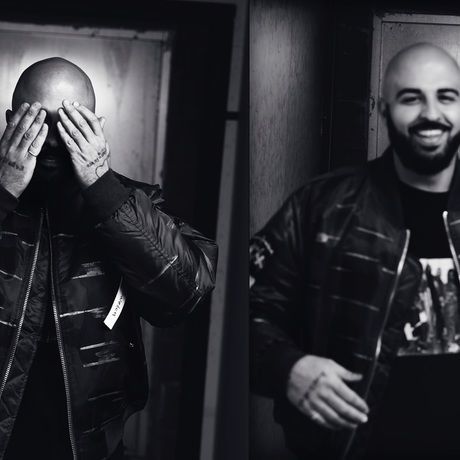 When Babak Azarmi founded Respect My Hustle in 2005, he named the company after a term within hip hop, not an abstract concept, but something that every individual with a dream could feel directly and embrace. Babak is a manager and branding strategist for artists (Silvana Imam, Erik Lundin, Cherrie), concepts (Third Culture Kids, Space City) and managed concept collaborations for Red Bull, G-Shock and Adidas.

In 2006, he founded RMH Sweden, a management, label/collective and creative consultant that became a leading force in the music industry for over 10 years. 13 grammy nominations in one and the same year. The year after RMH’s dominance, Babak chose to put down RMH and started the company TRANS94. One step in a direction that has been important since then, not to follow any steps at all. Trans94 is short for Transition / Transformation / Translate and has its root in keen consumer insights, cultural truths, and brand’s fidelity.

Baba’s experience as the Third Culture Kid - a double alienation between his parents’ culture and the dominant Swedish society has been the foundation of everything he has created over the past 10 years. In projects and experiments over the years studying and highlighting our generation’s worldview, behavior and relation to culture and the importance of brands in their lives. Today’s generation is not thought of in terms of rigid demographic silos, such as race, gender and age. Their foundations are based on shared values ​​and interests. It is a way of processing, understanding and related to the world today.