Josh Goldblum Getting the Work you Deserve

Anjali explores where she finds connection through her roots, music & movement.

“We all have roots that are super personal and unique to us. I never really knew that my roots were going to inform my creative output but being a mixed babe, connecting with both my sides has always been critical. My personal story is so central to what I put out into the world. My roots don’t limit me but they guide me & when I’m lost they’re what I return to.” 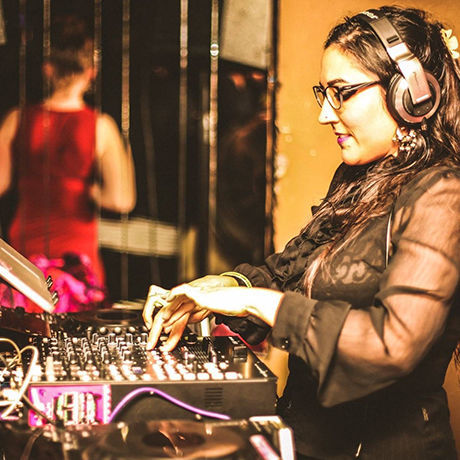 Along with her partner, The Incredible Kid, they host the world’s longest running Desi Party, ANDAZ, playing Bhangra & Bollywood monthly since 2002. After a near 10 year run at Holocene, they retired their ATLAS party with co-host E3 & created TROPITAAL! A Desi Latinx Soundclash (monthly since 2013). Together they host a weekly radio show, playing gems from their vintage vinyl collections. CHOR BAZAAR airs every Wednesday on XRAY.FM.

Anjali also teaches Panjabi folk (Bhangra & Giddha) and Bollywood weekly at The Viscount Dance Studio. You can hear her dj mixes on SoundCloud.

Part of the message I was trying to express in my show was, ok, these are our things that we grew up with that are precious to us, and you can't take them. — Anjali

I just didn't ever see, you know, my face and myself reflected in anybody. — Anjali

Hosted by The Hampton Opera Center