Frances Goodman The beginning, the middle and the twist 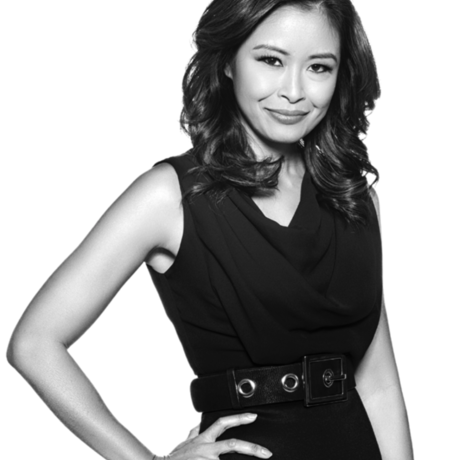 Angie is one of the key anchors for Bloomberg TV globally, this multiple award-winning top market internationally experienced journalist was one of the senior editorial voices in the region, heading up Bloomberg’s flagship morning programming for years. Angie is also well-known for her exclusives, including most recently sitting down with elusive Asia billionaire Li Ka-Shing in a rare extensive one-on-one TV interview. Other interviews include: BlackRock’s Larry Fink, Sir Paul Smith, Mark Mobius, and Canadian Prime Minister Justin Trudeau.

Angie is also a successful speaker, presenter, host, media/communications trainer and moderator for multiple organizations from UBS and Credit Suisse, to EATForum Asia Pacific to Malaysia SEC World Capital Markets Symposium. An accomplished keynote speaker, Angie gave an inspiring TEDx Talk called “I am Not Supposed to be Here” about the power of finding one’s voice.

Angie Lau moves from business journalism, to work alongside one of the most formidable business minds of the modern century: Li Ka-shing. Angie joins the Li Ka Shing Foundation and his team of investors and philanthropists making real positive change in the world by investing in disruptive technologies and providing substantial grants to health care and educational organizations. Established in 1980, the Li Ka Shing Foundation (LKSF) has invested HK$20 billion to work on education, medical services and research initiatives in 27 countries and regions, with over 80% of our projects located within the Greater China region.

She is also active in the Asian American Journalists Association and currently serves as President of the AAJA Asia Chapter. She was also co-director of one of AAJA’s flagship programs: J Camp. Angie is also an AAJA ELP – Executive Leadership Program Graduate, Miami, FL 2005. Angie also served three terms as Correspondent Board Governor at the Foreign Correspondents’ Club of Hong Kong.