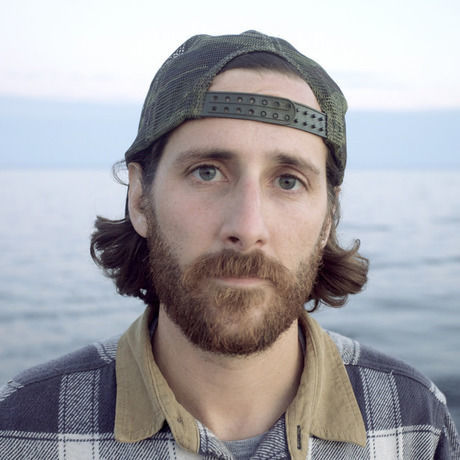 Andrew Ranville was born in Michigan and lived and worked in London, UK from 2006–2015. He received his MFA from the Slade School of Fine Art in 2008. He currently lives and works nomadically. Ranville’s expeditions, installations, sculptures, architectural interventions, photographs, and films explore ideas related to landscape and community. The balance between the formal and functional aspects of the work often elicits viewer interaction, and are realized using ecologically sensitive methods which emphasize revitalization and resilience.

From 2010–2013, Ranville co-founded and developed the Rabbit Island Residency program, periodically living and working on the remote, 91-acre island located in Lake Superior. The Rabbit Island Foundation is a registered non-profit, with Ranville acting as Executive Director and residency administrator.

Ranville’s work has been exhibited internationally and installations of his work can be found—or have been shown in—countries including Australia, China, Costa Rica, Finland, Morocco, Russia, Spain, UK and the U.S. His work has been published in various art magazines and journals. He has lectured and delivered talks at various universities in Iceland, the United Kingdom, and the U.S.