Andrea Chlebak What does a colourist do? Teaser

Andrea Chlebak is a colorist and works on major motion pictures such as ‘Elisium’ and in this talk she goes over the role that color plays in film and the importance of color to make the audience feel a certain way. All media, previews, and videos within this presentation were used with consent via Andrea Chlebak (‘Elysium’ 2013). 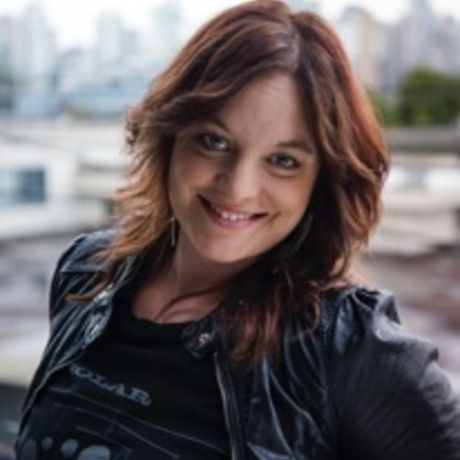 Andrea Chlebak is the Senior Digital Intermediate (DI) Colorist and Director of Creative Services at Central, a boutique post-production facility in Vancouver, Canada.

Even as a young child in Winnipeg, Canada, Andrea was inclined to view the world as a series of moving pictures. In fact, her earliest paintings feature the family’s kitchen curtains billowing in the breeze. She fell in love with photography as a teenager, but a continued fascination with movement ultimately led her to film. A fortuitous encounter with film as an art student first opened Andrea’s eyes to the possibility of a career as a colorist, but several years would pass before she took her seat in the color suite.

After graduating from the Emily Carr Institute of Art & Design in 2002, Andrea honed her skills in on-set photography, and picture editing before joining Central in 2004. When the company opened the city’s first DI color grading studio, she seized the opportunity to become a colorist’s assistant. Within six months, Andrea had earned the main DI colorist credit on her first feature film. Since then, she has cast her keen eye over a rapidly growing library of television series and films, including Hollywood heavy hitters like Elysium and The Twilight Saga: Eclipse and award-winning documentaries like Facing Ali and Saving Luna.

Having studied art and film and spent years behind the lens as a photographer, Andrea brings an artistic sensibility and technical rigor to her projects. Her flexible approach and infectious personality have resulted in rewarding collaborations with respected directors, cinematographers and VFX supervisors. Outside the color suite, Andrea finds inspiration all around her: from the chestnut tone of her morning espresso to the rich emerald forests and cool grey waters of the Pacific Northwest.