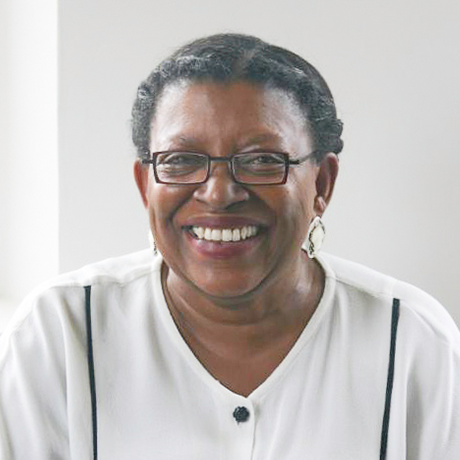 Alyce is an award-winning consultant whose career reflects the intersection of media, art, and philanthropy. She works with funders and nonprofits to help them develop effective strategies and counts among her recent clients the Robert W. Deutsch Foundation, the Maryland Institute College of Art, and the Heinz Endowments.

Prior to returning to consulting, she was the director of Media Arts for the National Endowment for the Arts (NEA) overseeing the Arts Endowment’s media grantmaking where she introduced the funding of new media forms, including app development and video games, led the international cultural exchange project Film Forward: Advancing Cultural Dialogue, and assisted in the integration of media technology across all artistic disciplines. Prior to joining the NEA, Myatt was the founding executive director of Grantmakers in Film + Electronic Media (GFEM), a philanthropic membership organization whose mission was to advance the field of media arts and public interest media funding.

She previously worked as a consultant providing analysis and strategic planning services for independent media organizations and the philanthropic community. Her client base included the Council on Foundations, the National Alliance for Media Arts and Culture (NAMAC) and the Women Donors Network. Other clients included the Center for Digital Democracy, Free Speech TV, MediaWorks, OneWorld TV, Emerson College, TVE Brasil, the Heinz Endowments, Roundtable Media, and the Annie E. Casey and Skillman Foundations. Prior to her return to consulting, she was Vice President of Programming for the Public Broadcasting Service. Her responsibilities included project development and oversight of independent film, PBS Kids, and the Ready To Learn initiative. Previous to re-joining PBS, Ms. Myatt was program officer for media at the John D. and Catherine T. MacArthur Foundation where she administered their grant-making for documentary film and television, community outreach related to media, community-based media arts centers, and public radio.

Preceding her work at the Foundation she was president of her own consulting firm, providing program development services, strategic planning, and brand management to a variety of clients in television, radio, and multimedia. Clients included Rainbow Media, Blackside Inc., EchoStar, the Canadian Broadcasting Corp., the Independent Television Service (ITVS), Sunbow, Scholastic, Simon & Schuster, WGBH, WNET, and WNYC Radio. Ms. Myatt was creative consultant for Sesame Workshop’s cable venture and was previously director of Children’s Programming for the Public Broadcasting Service. Her production credits include the Smithsonian Institution, Nickelodeon, “3-2- 1 Contact!,” and ABC’s 20/20.

Alyce Myatt has served as a board director or advisor to Arts Engine, Auburn Media at the Center for Multi-faith Education, the Center for Rural Strategies, the Center for Media & Social Impact at American University, the Council on Foundations Technology Task Force, the Emerson College Alumni Association, Grantmakers in the Arts: Art & Social Change Working Group, the National Alliance of Media Arts and Culture and WITNESS.