Because I Said I would

The power of a promise. Alex Sheen has gone viral on the internet, and so what. He explains his mission and continued fervor for encouraging each of us to be men and women of our word. 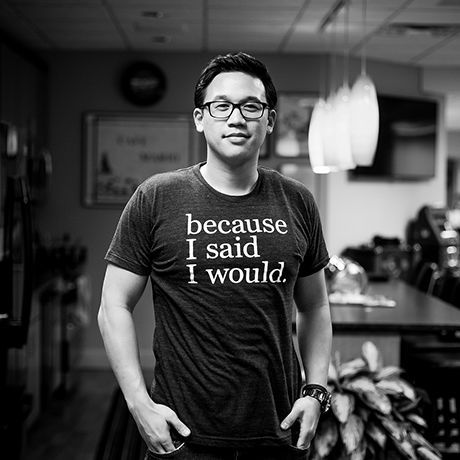 Alex Sheen is the founder of because I said I would, a social movement and nonprofit dedicated to bettering humanity through promises made and kept. Sparked by the loss of his father, Alex and his organization send “promise cards” to anyone anywhere in the world at no cost. Alex is someone who truly honors commitment. He once walked over 240 miles across the entire state of Ohio in 10 days to fulfill a promise. Since his father’s passing on September 4, 2012, because I said I would has sent over 4.47 million promise cards to over 15o countries. The promises written on these cards have made headlines around the world. His charitable projects and awareness campaigns have been featured on ABC World News with Diane Sawyer, CBS Nightly News, Fox News, CNN, The Today Show, Good Morning America, NPR, The Los Angeles Times, and many other programs. He has also been featured on the cover of Spirit Magazine, honored as a Steve Harvey “Harvey’s Hero” and was the closing TED speaker at TEDxUtica and TEDxYouth@Austin. Alex’s efforts in social media were featured in BuzzFeed’s “Most Important Viral Videos of 2013 and have made the #1 spot on the front page of Reddit.com over 10 times.”

You can pretend to care, but you can't pretend to show up. — Alex Sheen

Have you ever wondered to yourself, 'I wonder what it's like to go viral?' — Alex Sheen

If we do not teach our children how to be decent human beings to one another, then tell me what the point of society is at all? — Alex Sheen

A promise can be a random act of kindness. — Alex Sheen

A promise can be a recognition of a simple fact. — Alex Sheen