Abby Corrigan asks the question: if we’re not the same, can we be equal?

On Friday, July 7 at Warehouse 242, 19-year-old Charlotte born-and-bred actress Abby Corrigan made a hometown pit stop during her cross-country journey playing a leading role in the acclaimed national tour of Fun Home. Over 300 fellow creative Charlotteans were riveted by her personal and powerful story of growing up in a theatrical household with her twin sister, Emma, who has Down Syndrome. By the end, there was nary a dry eye in the house – and we had all been treated to Abby’s unique perspective on twinship, individuality, anxiety, creative connection, and Equality. 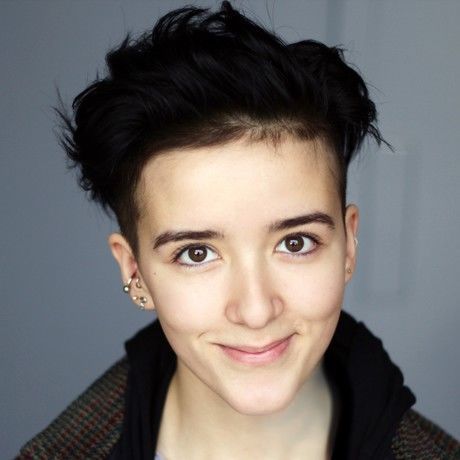 Abby was born in 1998 in Charlotte five minutes after her twin sister, Emma who was born with Down syndrome. Her father Mike is a manager of sign language interpreters as well as a closet musician and her mother Mitzi is a Casting Director. Both of her parents have deep roots in Charlotte’s theatre history being involved in the Charlotte Shakespeare Company, the Charlotte Repertory Theatre, Theatre Charlotte and many more. So much of Abby and Emma’s early years were spent in the theatre watching rehearsals or in the casting studio watching auditions, so it was only natural when Abby started showing interest in acting at a very young age. She took classes at the Children’s Theatre of Charlotte and auditioned for plays every chance she got, along with taking ballet and dance and singing lessons. While in grade school she co-founded the Treehouse Acting Company with her friend, Matt Mitchell, in order to give young artists more opportunities to play larger roles. They produced, directed and acted in several plays, and even developed an award-winning original teen rock musical called Cyber Soul. She attended Northwest School of the Arts while continuing to study her craft both inside and outside the school environment. She also studied acting and voice during the summers in Los Angeles. Stage roles include the Emcee in Cabaret, Daniela in In The Heights, Peter Pan in Peter Pan, Natalie in Next To Normal, and Maureen in Rent. She received the Blumey’s Best Actress Award for her performance as Fiona in Shrek The Musical in 2014. Film/TV credits include Headed South For Christmas; A Smile As Big As The Moon; The Ultimate Life; Redneck Roots; Homeland; Rectify; and Banshee. During her college Unified auditions in NYC, she was called to audition for the National Broadway Tour of Fun Home and was thrilled to land the role of Medium Alison! She has been traveling across the U.S. since September 2016 and the tour continues through December 2017. She is so grateful for this incredible opportunity and plans on living in NYC once the tour is over.