Alexandra Bowmar Getting from Zoomed Out to Zoned In

Janelle Rodrigues The Underdog: Takes one to fight for one

This month we’re excited to welcome the wonderful Emily Miller-Sharma to the CreativeMornings stage, to tackle the global theme of weird. She’s a super rad lady and we can’t wait for you to meet her. So we thought we’d give you a sneak peek in to what makes Emily tick…

Who are you?
Emily Miller-Sharma – RUBY General Manager and Liam Designer

What are you excited about right now?
The days getting longer

What are 5 words that describe what you do?
Make clothes, help others (ends)

What is your spirit animal?
Dolphin

Who is one person you’d love to have over for dinner?
Kim Hill

How do you get the creative juices flowing?
Walking, running, dancing, reading, drinking, talking

What’s the weirdest thing that’s ever happened to you?
I reckon being born must be pretty weird

What is your weird superpower?
I’m pretty clumsy so i’m sure there’s a superpower in there

Being weird is…  fine Someone who knows all about the wonder to be found in the weird is Fashion Designer Emily Miller-Sharma. From humble beginnings lying on lengths of fabric, tracing out dress shapes in Vivid, Emily honed her skills at Wellington’s Massey University. After a stint in a small Auckland workroom, Emily traversed Europe with Wellington band So So Modern, driving their tour van and sewing their costumes on the road. After hanging up the keys, Emily returned to Auckland in 2008 to join RUBY, where she is now the General Manager and designer for the company’s Liam brand.

Dressing is part of daily life, so Emily approaches clothing design with a personal and emotional attachment. She believes that as designers, you talk to each person who interacts with your creations – even if you are not necessarily in the room with them – and the onus is on the designer to ensure that you are enhancing the user’s experience. It’s this kind of cool anonymity that has seen the Liam brand soar in popularity under her direction, being named in Metro Magazine’s Best Women’s Clothing Label List in 2015.

Join us on Friday 26 August to hear Emily talk about how, as general manager of design-led & retail-focused fashion house RUBY, Emily walks the tightrope between creativity and business on a daily basis, managing over seventy staff and running ten retail stores.

CreativeMornings events are free to attend with advanced registration. You’ll need a CreativeMornings profile in order to register. Don’t have a profile yet? Create one here. (Creating a profile takes a few minutes. Be sure to allow yourself enough time so that when sign-up time comes around, you’ll be ready!)

It’s Semi-Permanent week and it looks like it’ll be one you don’t want to miss!

Things will be kicking off this Friday, with the line up including Architectural Foodsmiths Bompas & Par, who give people incredible experiences, often on the end of a fork.

Projects range from founding the British Museum of Food to cooking with lava and realising Alcoholic Architecture (as seen in the video above), a bar featuring a breathable cloud of gin and tonic that intoxicates through the lungs and eyeballs.  Sign us up!

Bompas & Par will be speaking AND creating a unique installation for SPAKL-ers, channeling the instinctual power that comes from the gut, the creative strut that sits at the core of the creative and inspirational process. It sure to be an unforgettable experience.

Don’t forget, the Semi-P team have given the CreativeMornings community a sweet discount, just head to their ticketmaster page here, click find tickets and enter the offer code loveu1610 to grab that discount.

August is all about #CMweird at CreativeMornings!

Sponsored globally by our friends at MailChimp, Mailchimp will also be taking over the CreativeMornings newsletter for the month! Stay tuned for some weird emails coming your way throughout August. Find a local event —> https://creativemornings.com/themes/weird 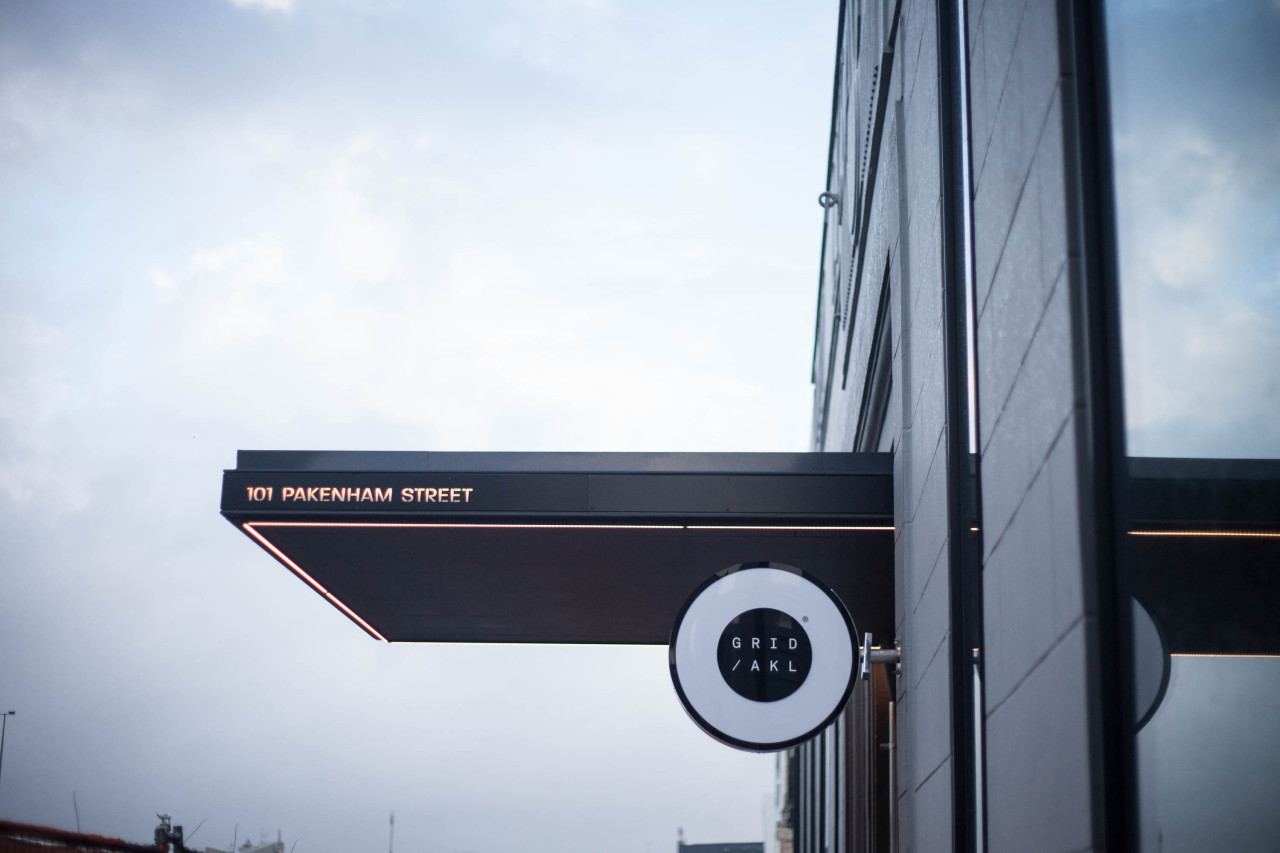 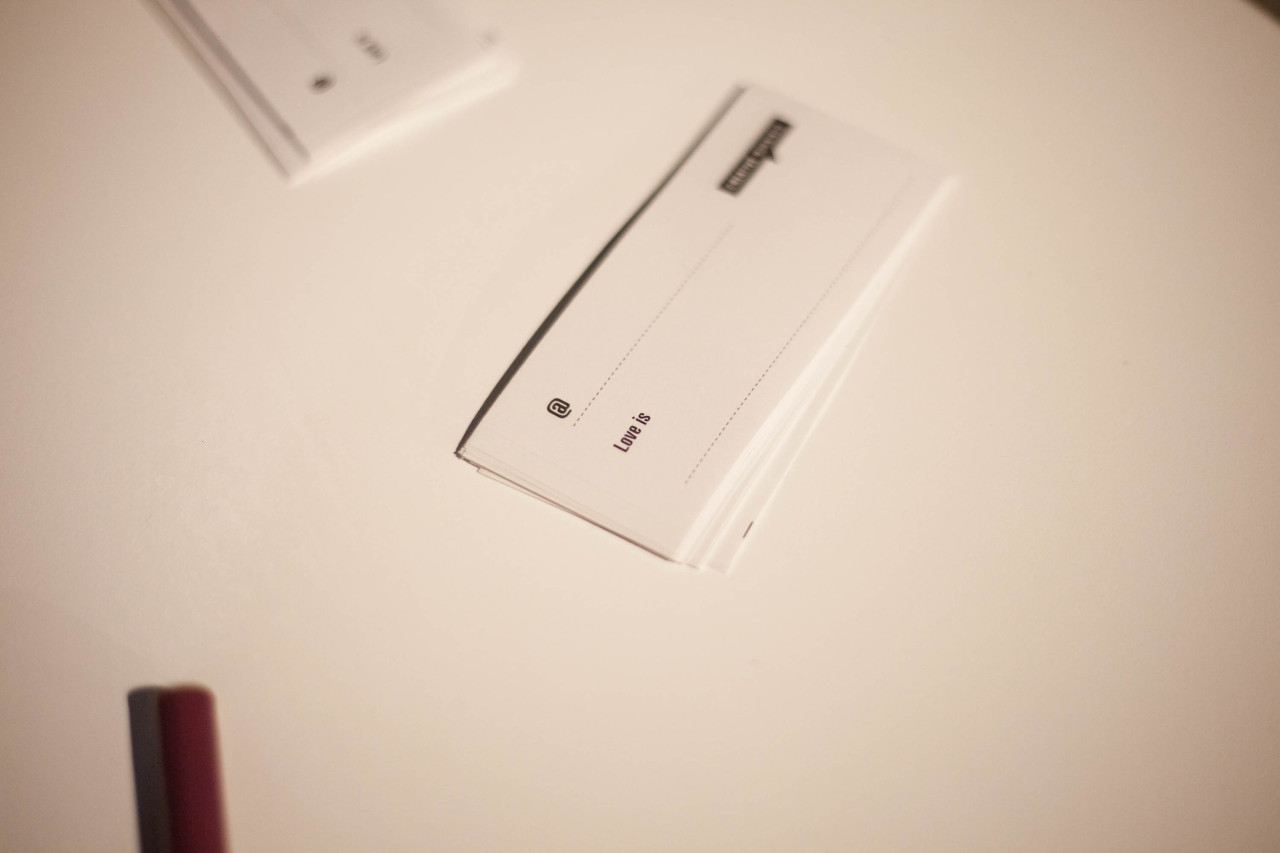 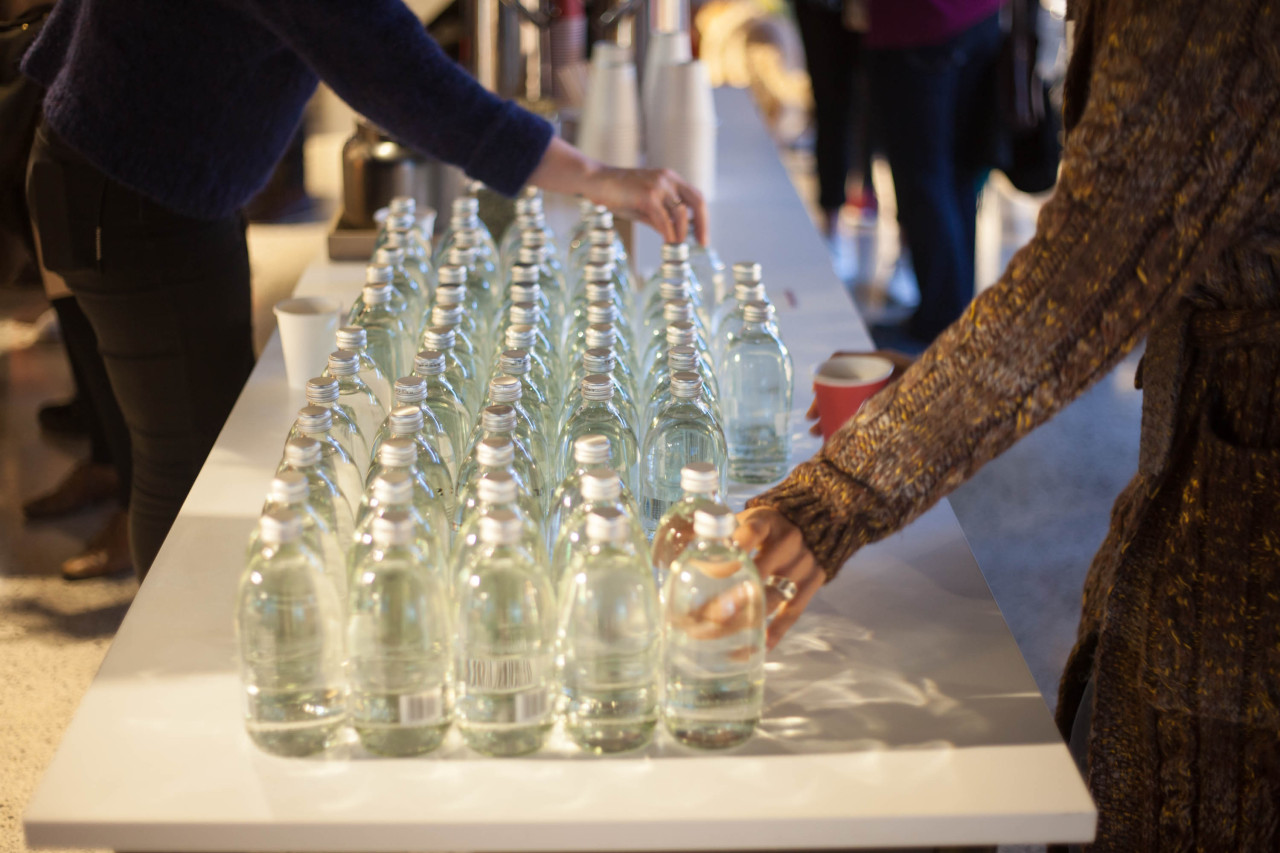 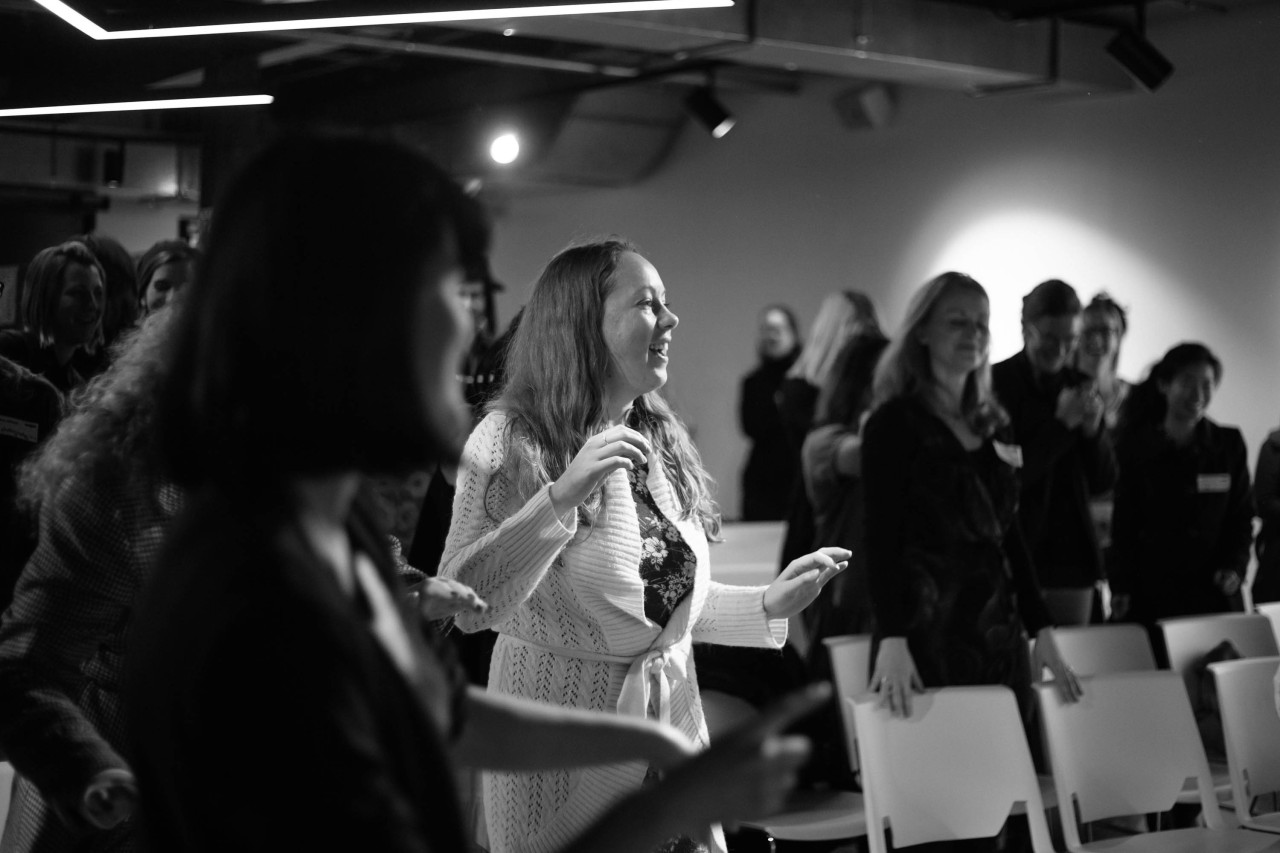 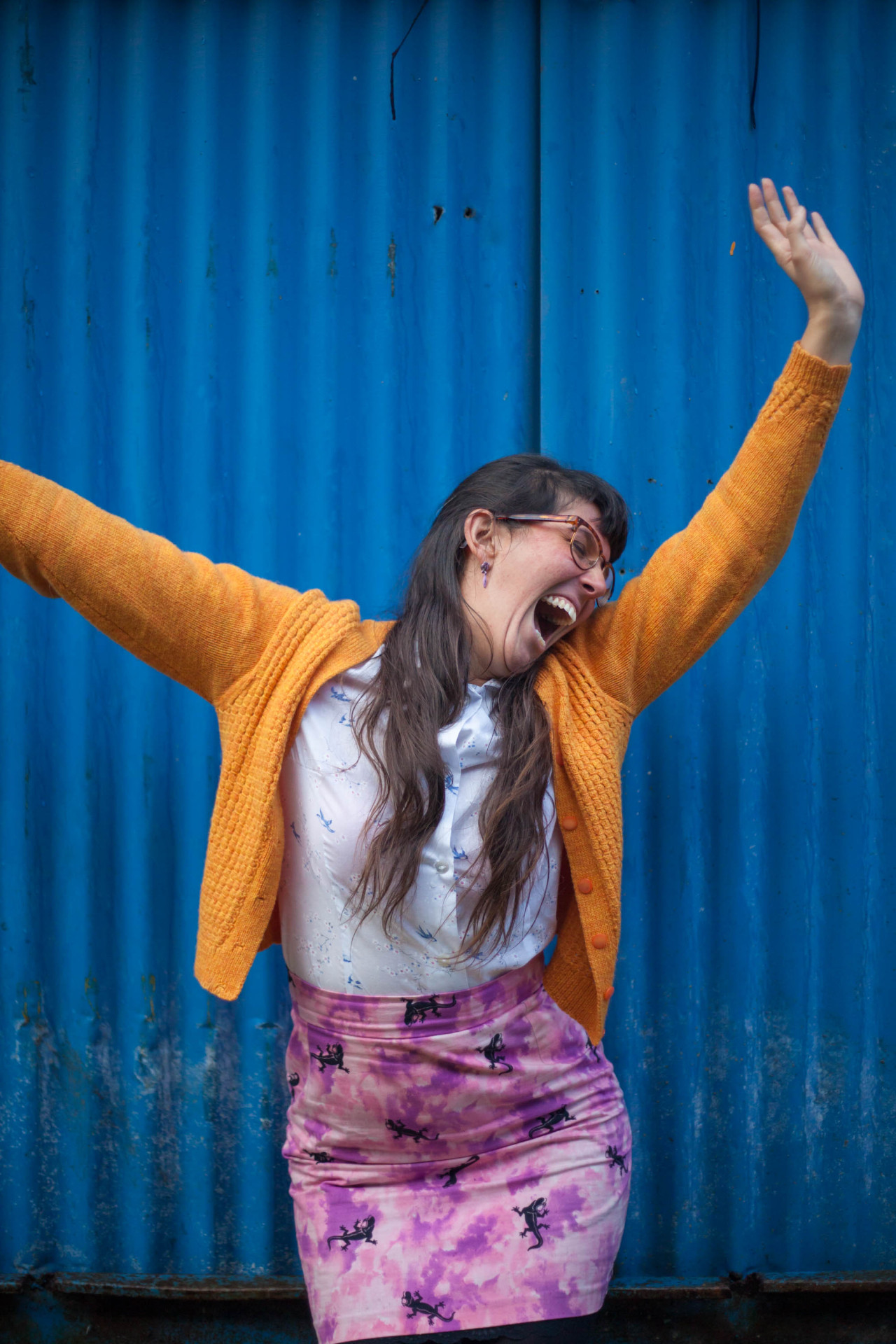 For July’s CreativeMornings we gathered at GridAKL, where we got to talk about Love with Sarah Lancaster from Sew Love.Massive thanks to our awesome speaker, our generous venue host, our supporting partners Curative & 3rdeye Recruitment, our breakfast partners Coffee Supreme, Antipodes Water Company, Forage + Bloom and our dedicated team of volunteers!And thanks to Jess Holdaway & Juanita Madden for capturing the day. 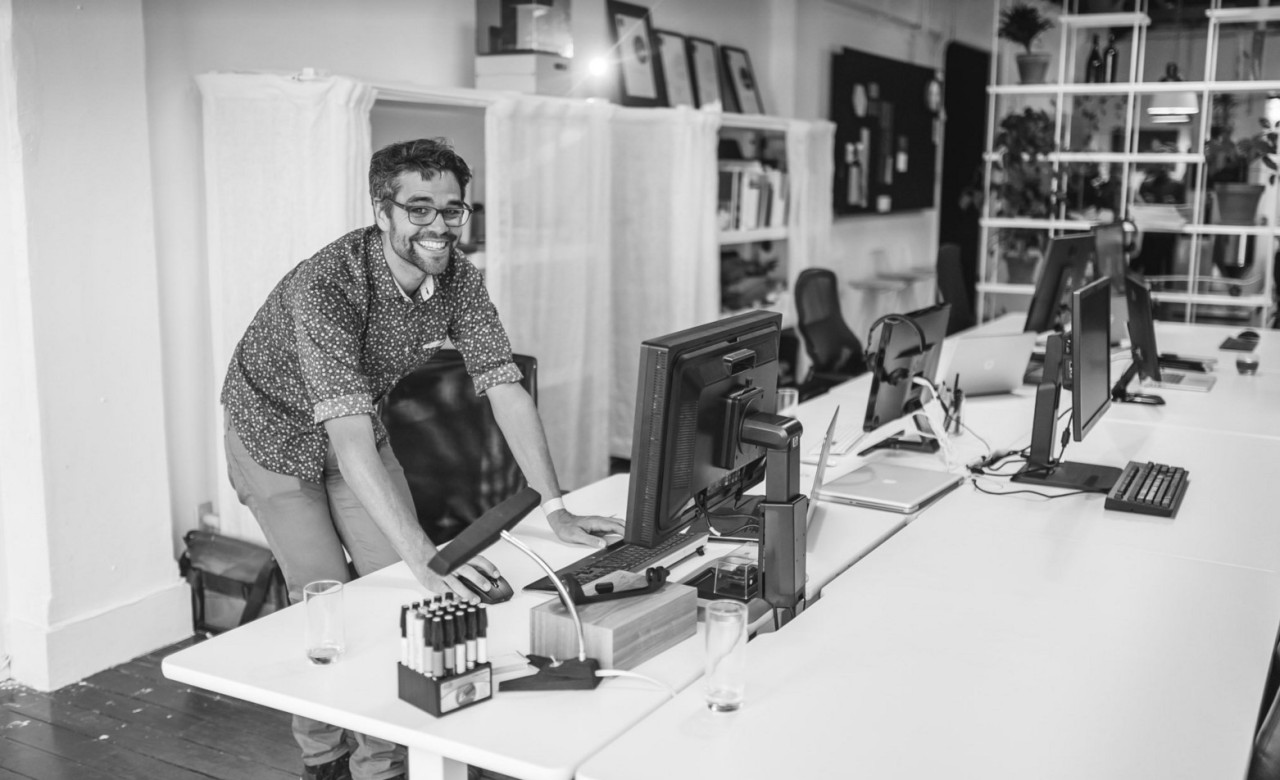 Semi-Permanent is back, returning to Auckland on 12-13 August 2016 at the Aotea Centre. As ever there is a packed line-up of speakers, but alongside the main event will be interactive and inspiring workshops, film screenings and for the first time this year, panel discussions on the Future of Business and the Future of Content and much more. This is one gathering you don’t want to miss!

To get us in the swing of things we had a quick chat with one of the programmes speakers, Alain Brideson, to to find out what makes him tick. A regular CreativeMornings attendee and active member of the Auckland creative community, Alain is a kiwi industrial designer who has recently returned from 8 years immersing himself in the European design scene.

For the last 3 years he has been contracting for various companies in Europe and Asia; getting involved in projects ranging from ski-grips to show-cars. Most recently he was based in Northern Italy with a stint in Amsterdam. Before that, Alain spent 6 years in Germany and Switzerland delving deep into the field of transportation design. While studying his Masters degree at Pforzheim University in Germany he picked up vital skills which he now credits as shaping his current creative design process.

Upon graduating, he teamed up with a couple of engineers at Rinspped, a start-up in Switzerland for the design and prototype of electric vehicles. Since being back home, Alain continues to design vehicles and products from his studio in Auckland, while also teaching design at AUT. Above all he is thoroughly enjoying being back in NZ and is excited to be involved within the creative community.

Who are you?
Alain Brideson

What gets you up in the morning?
Breakfast

What’s a surprising fact about you?
I was a karate kid

Who would you love to hear speak, alive or dead?
Nikola Tesla

When you get stuck creatively, what is the first thing you do to get unstuck?
Go for a leisurely stroll and soak up my surroundings

What’s the most recent thing you learned?
How to prune a fruit tree

Love is….
When you don’t have to think, you just know

We’re really excited to hear more from Alain at Semi-Permanent in August, and will be keeping an eye on what he does in the future.

Check out the full speaker lineup and their programme overflowing with side events at https://beta.semipermanent.com/events/semi-permanent-auckland-2016.

Our mates at Semi-Permanent are offering the CreativeMornings community a 10% discount off tickets! Ka mau te wehi!! Just head over to their ticketmaster page and enter the special offer code loveu1610 to grab the discount. 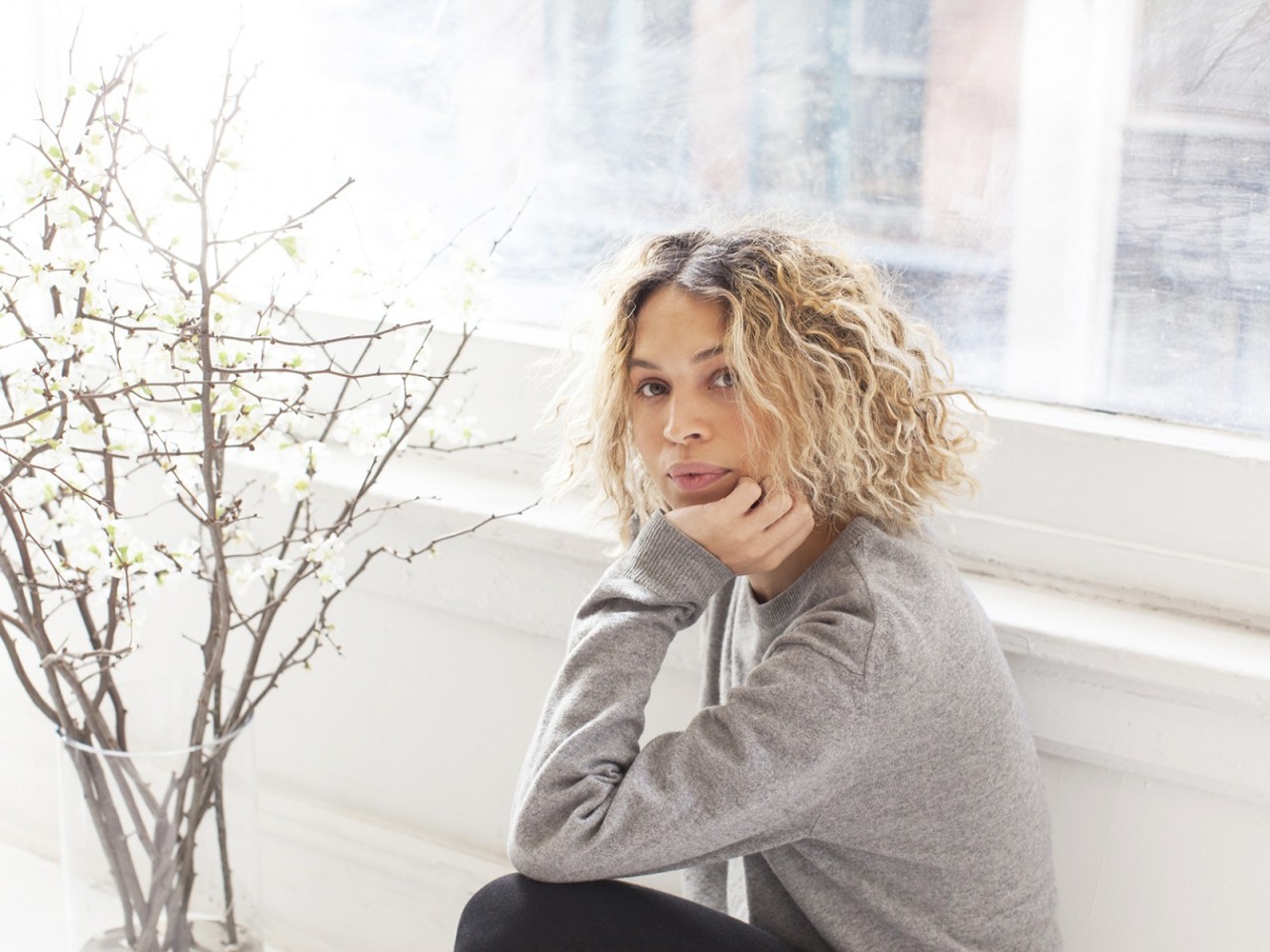 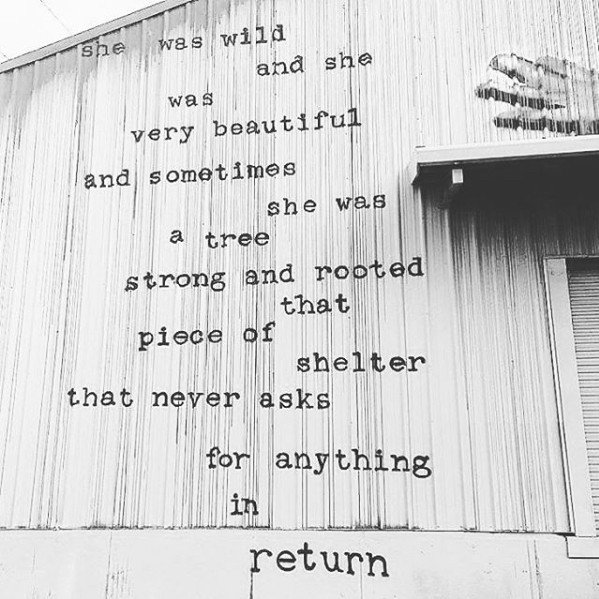 The year’s premiere creative shindig, Semi-Permanent, is fast approaching, coming at us like confetti being shot from an extra large and magically benevolent cannon. One particularly inspirational clump to be found within that confetti is Cleo Wade, an innovative New York-based artist and poet, who aims to empower, inspire and celebrate femininity with her eclectic mixed-media works.

Guided by a belief that art is for all people, Cleo creates large scale public art pieces. Her latest project: Respect, is an emotive love letter to her native New Orleans, affixed on a giant billboard at the entrance of the city’s French quarter. Her follow up piece to Respect, entitled “She,” was created in collaboration with graffiti artist Brandon Odums, and is permanently installed on the side of a 50-foot warehouse building in New Orleans Bywater neighbourhood.

In 2016, she’s set to publish a book of modern love poetry, and additionally launch a line of sustainable stationary with her all-female arts collective, Chez Conversations.

Cleo will be appearing as part of the Semi-Permanent Auckland programme. Check out the full speaker lineup and their programme overflowing with side events at https://beta.semipermanent.com/events/semi-permanent-auckland-2016.

Semi-Permanent are offering the CreativeMornings community a 10% discount off tickets! Ka mau te wehi!! Just head over to their ticketmaster page and enter the special offer code loveu1610 to grab the discount. 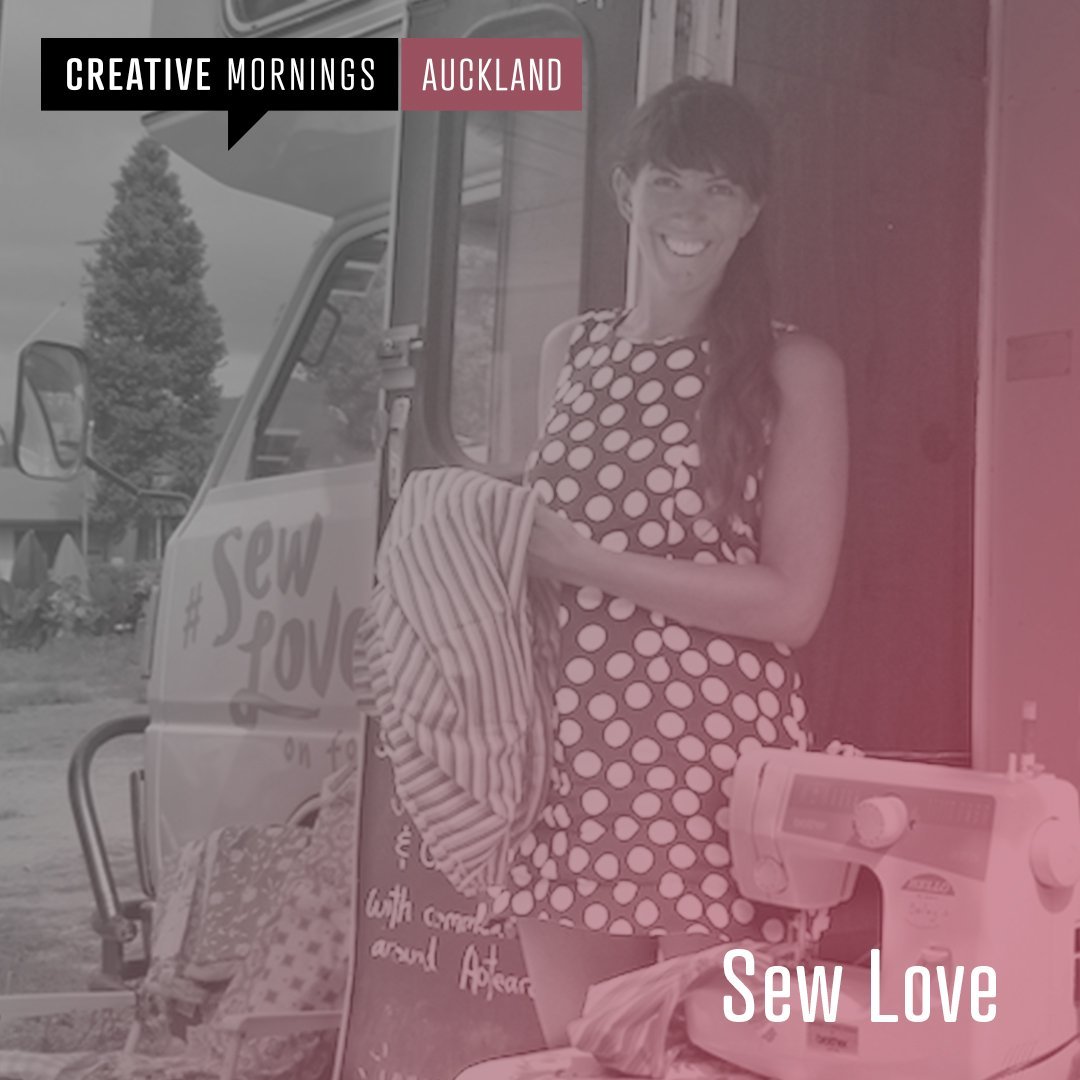 “Love would be two animals,” said the author Cheryl Strayed in Tiny Beautiful Things, “a hummingbird and a snake. Both are perfectly untrainable.”

Whether it’s love for another person, love for our work, or a simple love like watching the sunrise or going for a walk, it is an emotion that is the lifeblood of our being. It can confuse and hurts us, but equally true, it can lift us up into a place where meaning and fulfillment pulsates like a heart.

Love is simple, but naturally as human beings, we make it complex.

Sarah Lancaster knows all about how complex love can be. As the founder of Sew Love, a social enterprise providing pop-up fun spaces and resources for people to be creative, learn new skills, and get to know their neighbours, Sarah is on a mission to bring more love into this world - love for one another, love for our earth, and love for ourselves & our abilities.

In a world where price and fast paced convenience comes first all too often, Sarah has been championing the fun that can be found at the heart of conscious consumerism and empowered ethical choices for years. Armed with her trusty sewing kit and a platoon of sewing machines, Sarah has taken her blog and big dreams from teaching sustainable sewing in workshops and pop ups around Auckland City, to engaging the local community in guerilla crafting activities and eco-warrior cheer-leadership.

Sarah is currently on her next big adventure, touring the country in Cecil, a solar powered sewing campervan, in which she is able to share the love as far afield as possible. Of course the road’s been windy, with all the hot spots, and roadblocks that you could imagine – and she’s just halfway there.

Join us on Friday 29 July to hear Sarah talk about doing it all for the love of it, going hungry for it, risking her life for it. About trying to figure out how to ‘do what you love and love what you do’ and if that makes it all worth it in the end.

Sign ups start here from 11am on Monday 25 July. 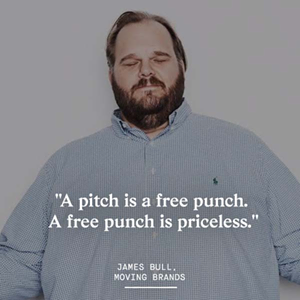 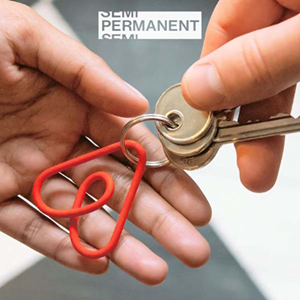 20 international speakers over 2 days, plus film screenings, workshops and much more!

Check out the full schedule and grab a ticket here Save the Date! Our next CreativeMornings is happening on the 29th of July.

Get that in your calendars! More soon…