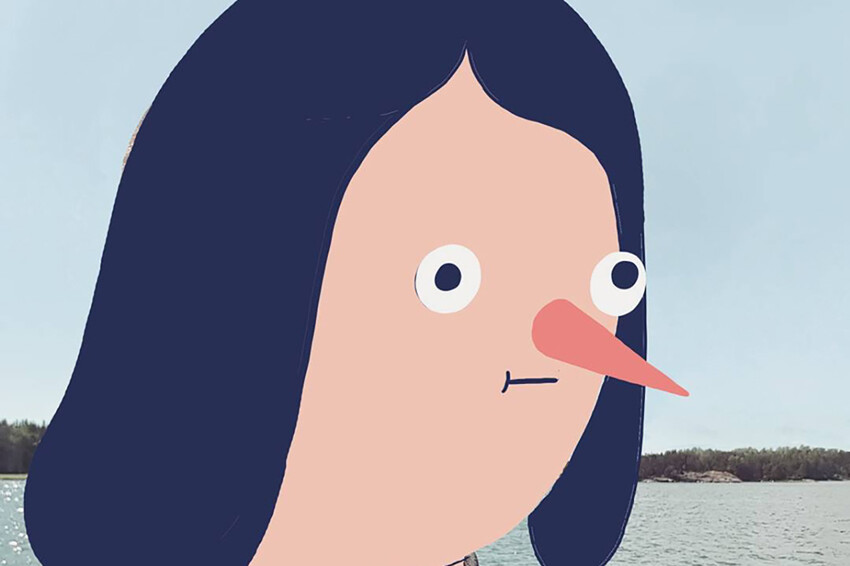 September is all about Compassion. I was too ugly to be a stripper :(

Okay, seriously, I think it’s all just been a big coincidence. It’s possible that I’ve been often complimented on my drawings as a kid, and had the idea that I’m good at this. Then later I pursued a career as an web/graphic designer. But in the middle of the studies I realized I couldn’t quite express myself enough through it, but also that I wasn’t brave enough to be a full time painter/artist. So I decided to try illustration. Maybe the standards for stripping will one day be lower again, and I’ll go back to that. How would you define ’Compassion?’

I think the core might be just to let someone else know that you care. You might not know what to say, or even understand the problem, but just try to get the message across that you care. Then again, I’m super clumsy with all sorts of social situations, so you probably shouldn’t ask me.

Describe a moment when someone showed you compassion and how you felt.

I recently had to go through a knee surgery, and then pretty much lay down for a few weeks.

During the time a lot of people showed me compassion, especially my parents (thank you <3), but the recovery also interfered with my normal schedule of going to a local coffee shop for my morning coffee and some sketching. Then one morning the owner of the coffee shop, Lauri, called me and told me to hold on with my morning coffee, and home delivered me a cup of freshly brewed coffee along with my favourite pastry, an almond croissant. This unexpected act of compassion still brings a smile to my face.

I’m not sure how much of it actually shows, but I’ve at least tried to build more interesting and complex compositions, along with adding abstract elements to create a bit more versatile and conceptual illustrations. In my mind I try to evolve into a direction where even if the robots would take over all the jobs in creative industry, my style could not be reproduced. Let’s hope I get to evolve enough before those robots are ready. I don’t really have any good advice, but I’ll tell you about my idol. Some years ago, there was a newspaper article of a 10-year-old norwegian boy, who had taken his parents’ car and gone for a ride with his 18-months-old sister. 10 kilometers out, the car had harmlessly spun into a snowy ditch along the road, and when the police officers came to the scene, the boy told them that he’d forgotten his wallet at home and that he’s actually a dwarf. So my advice to basically anyone is to try have the self-confidence of that norwegian 10-year old boy, and to try and think what he would do. It will surely get you far. I cried in the movie theater when I saw the movie Notting Hill.