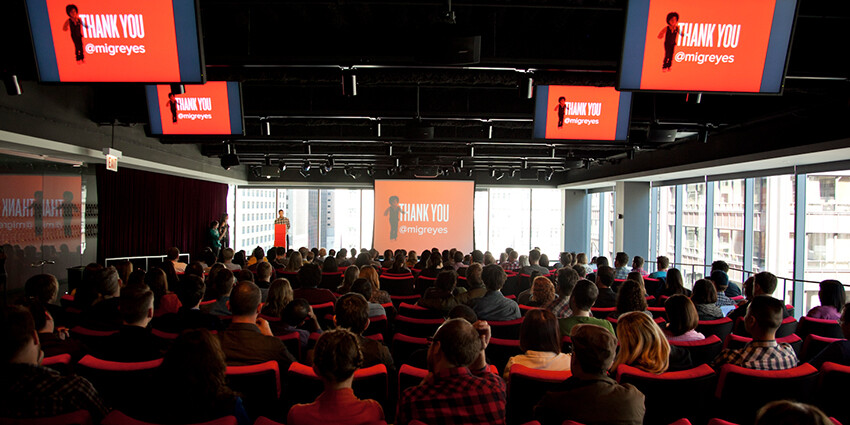 Learn By Stealing: Theft As An Educational Pursuit

This post is from our friends at CreativeLive, CM’s presenting partner for December’s theme “Education.”

The rise of books like Austin Kleon’s “Steal Like An Artist” should tell you something, and it’s not just that people like books with pictures. Stealing – once considered the most dastardly of artistic crimes – is widely becoming more accepted as a viable method of creativity, education, and inspiration. Which doesn’t mean artists haven’t been lifting ideas from each other for centuries – it just means we’re all finally willing to talk about it.

In his Chicago Creative Mornings talk, Mig Reyes shared a video chat wherein he asked Jim Coudal what his best piece of advice would be. Coudal answered somewhat surprisingly that young designers and other artists should “rip someone off.”

I would suggest that a really beneficial thing for you to do is, to rip something off that you love, and by that I mean, find something that speaks to you. A design, a logo, a film sequence, something that you really admire for the way that it’s put together and build it yourself,” he said.

Coudal didn’t just mean borrow ideas – he was literally advising people to, mark for mark, remake something they admired. Not to promote it as their own (“you’re doing this for the drawer, so to speak,” Coudal explain), but rather, as an exercise in figuring out and then practicing what works.

What you’re really doing in this situation is you’re working on your craft. You’re looking at something you really admire and trying to get into the seat of the person who built it.”

This practice of copying as a method of education and inspiration is decidedly not a new one. Country music legend Woody Guthrie once remarked that, to make a new song, all a musician needed to do was “Take a tune, sing high when they sing low, sing fast when they sing slow, and you’ve got a new tune.” But it does have big implications, particularly in an era when many people ask not how to be better at their craft, but instead, how to get noticed.

Copying, then, seems like the least likely advice. And yet, it works – because figuring out how to make what exists and then making something else is, at its heart, one of the best ways to break out. As CreativeLive CEO Chase Jarvis said during one interview, it’s important to “try to be different, not better.”

Theft of work can, of course, be hugely detrimental – plagiarism has not only ruined career of those who’ve done it, but also of those artists whose work has been devalued by less-artful, mass-marketed versions.

But theft as an instrument in education? That’s smart.

Tune in to CreativeLive.com 24 hours a day, 7 days a week to watch world-class instructors teaching classes in design, photography, music, craft, business and film – for free. If you can’t make a broadcast, purchase on-demand access to classes and learn on your own time from experts like James Victore, Stanley Hainsworth, Ilene Strizver and more.