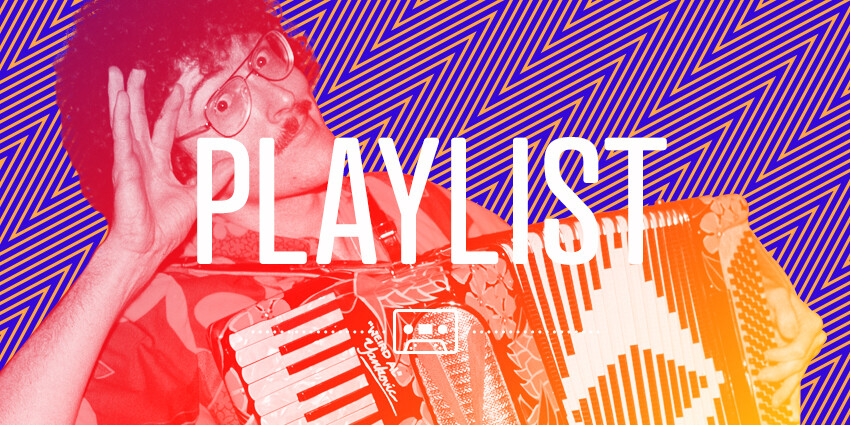 I have been called weird. Sometimes I forget that I am in fact weird, because I think I tend to surround myself with other weirdos, making me feel more normal by comparison. Weird is just more interesting, right? And I think if you dig deep enough, everyone is a little strange; some just prefer to hide it. I say let your freak flag fly.

My formative years were heavily influenced by the first “Weird Al Yankovic” record. I thought it was the funniest thing ever. Granted I was 10-years old and already a student of Mad magazine. I remember bringing the record vinyl home, unwrapping it and inspecting the intricately illustrated cover like a detective looking for clues. The Mort Drucker-style illustration on the cover had references to each of the 12 songs woven into the drawing. I loved trying to find all the hidden gags. It was so clever. The album, produced by Rick Derringer, was predictably a critical flop, but to a certain type of offbeat kid of that generation, it infected them with an absurdist weirdo humor that we see the effects of today. Would we have the Eric Andre Show or Adult Swim without Weird Al? Maybe, but there is no doubt Weird Al had a significant influence on the Gen X-ers that brought us Tim and Eric and College Humor.

This playlist celebrates the oddball, the offbeat and the uncanny. The strange and unpredictable. Those that the challenge the norm and make everyone a little uncomfortable. Let’s get weird.

I open up the playlist with my favorite Weird Al song, “Another One Rides the Bus”, a spoof of Queens hit “Another One Bites the Dust”. The line “Hey. He’s gonna sit by you.” still gets me.

No weird playlist would be complete with at least one song from the Ramones. I picked “Cretin Hop” a tribute to the eccentricities of the Ramone fans. Apparently, it was inspired by a street in Minnesota, Cretin Avenue. In David Fricke’s liner notes of the compilation “Hey Ho Let’s Go: The Ramones Anthology”, Joey Ramones explains “…‘Cretin Hop’ came from when we were in St. Paul, Minnesota. We went some place to eat, and there were all these cretins all over the place. And there was a Cretin Avenue, where we drove into the city.”

I always like to include a band from the city of the chapter that picked the theme. My favorite Austin band might be Spoon, great band, fantastic live, with a series of addictive records. It was between two songs “The Way We Get By” and “They Never Got You”. I decided to go with “They Never Got You,” it’s not as catchy, but it’s more on theme.

Perfume Genius’ “Queen” is a striking song. Mike Hadreas takes some of the most egregious fears, taunts, insults, and bigotry often aimed at gay people and wraps them up into a caricature and defiantly throws it right back at the world. I love the line “No family is safe when I sashay”. Slate wrote a great article about the song when it came out.

It seems like every month I’m writing about another great artist that has died. This year has been rough. I closed out the playlist this month with Alan Vega’s “Raver”. Alan Vega died last month, he was a pioneer of minimal synth-based protopunk. He was in the highly influential band, Suicide, with Martin Rev., and over the past month a number of great articles have been written about his contribution to and influence on music. If you haven’t checked out Alan Vega or Suicide, dig in to these articles: “LA Weekly”, “NPR” and “The Guardian”.

Well, that’s it from me. I hope this one made you feel a little strange, but in a good way. Thanks for listening. If you like these playlists, please share them and give me a holler on Twitter @jiquin. See you next month.