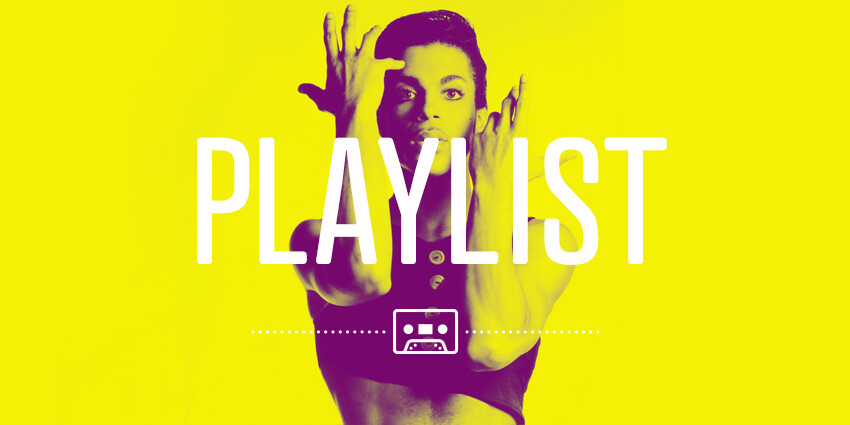 Music has always challenged social norms, from Beethoven to Nicky Minaj, artists break taboos. That’s partially why we like them, but maybe I’m just speaking for myself. Good music feels dangerous and pushes boundaries.

It was the mid-1980’s, and American parents were in a panic over the music pumping through their impressionable young children’s walkmans. Songs with themes of satanism, violence, sex, and drug use, were corrupting the youth of America. Even at the time, it seemed hysterical to me. It wasn’t just parents; opportunistic politicians saw an opportunity to curry favor with these distraught parents.

Tipper Gore, the wife of then-senator Al Gore, founded an organization called the PMRC (Parents Music Resource Center). This group was responsible for the little parental advisory sticker on the corner of records with explicit content. The group consisting of senators wives and other connected DC women, created a list of especially offensive songs and then distributed it to media, parents groups and presented their case to Congress. They called the list the “filthy fifteen.” Here it is in all it’s glory:

It’s a great playlist for your next party.

The PMRC crusade was kind of a circus, a lot of false indignation and publicity driven hearings, where Frank Zappa, John Denver, and Dee Snider testified on behalf of musicians and against censorship. Dee Snider’s testimony is particularly biting. In reference to Twisted Sister’s song “Under The Blade”, which he explains is about fear of surgery, he responds to Tipper Gore’s accusation that the song is about bondage, sadomasochism, and rape. Snider responds with, “…the only sadomasochism, bondage, and rape in this song is in the mind of Ms. Gore.” and concluded with, “…Ms. Gore was looking for sadomasochism and bondage, and she found it. Someone looking for surgical references would have found it as well.” It’s worth watching a few minutes of his testimony on CSPAN; you can feel the anger coming from the normally subdued Al Gore during his questioning of Mr. Snider. Priceless.

Many believe the effort was simply a politically motivated stunt to help elevate Al Gore. Frank Zappa thought it was a distraction from the RIAA backed blank tape tax making it’s way through Congress at the time. Either way, we ended up with the parental advisory sticker, which only seemed to boost interest among the youth. I know I saw it more as a seal of approval than a warning.

It all seems so quaint these days. The level of explicit content has reached epic proportions. It’s just not shocking or taboo anymore. I find it fascinating listening to hip-hop on the radio where a third of the lyrics are muted throughout the song, presumably because of offensive content. I miss the days of feeling like I was rebellious by listening to Slayer, NWA, or 2 Live Crews records.

What comes next? Hopefully, we will move past the superficial taboos of sex and drugs to something more substantive like social change and revolution. These are the dangerous ideas that matter. Let’s get controversial. From Loretta Lynn to Cherry Glazerr, this playlist is filled with the forbidden, offensive, and subversive. Songs that challenge social norms and break the rules of decency.

I opened the playlist with TLC’s tale of infidelity, “Creep”. Apparently the song is based on T-Boz’s real life escapades. Left-eye, in opposition to the pro-cheating theme of the song, threatened to wear black tape over her mouth in the video (at least according to Wikipedia). I remember the music video of the trio in silk pajamas dancing, very memorable.

You might wonder why the Kingsmen’s “Louie Louie” is on a taboo playlist. After all the song seems fairly innocuous. However when the song was released, it caused quite a stir, so much so in fact that the song was investigated by the FBI. In 1963 the songs rambunctious attitude, popularity and indiscernible lyrics led many to believe that the song must have contained obscenities. However after a year long “investigation”, the FBI found no evidence of obscenity in the song. Great use of tax-payers money fellas.

Loretta Lynn’s feminist anthem “The Pill” is as germane today and it was in 1975 when it was released. She sings of taking back control of her reproductive choices. The song was pretty controversial, in fact, it was banned. In the lyrics she rejects the traditional maternal role imposed on so many women of the time.

I included Ice-T’s short-lived metal band Body Count. They stirred up all sorts of controversy in the 90’s, with themes of racial inequities and discontent, merging gangster rap style with heavy metal, it was pretty ground breaking and potent stuff. The Song “Cop Killer” is still banned and has been removed from the record, so I included the song “Body Count” instead. Ice-T screams “I hear it every night, another gun fight, the tensions mount, on with the body count” an aggressive assertion of the disparities between his reality and the mainstream idyllic vision of American life portrayed though TV. It’s a highly political album created in the wake of the Rodney King beating. Unfortunately, it is still as relevant today as it was 25 years ago.

I probably could have made the entire taboo playlist just using Prince songs, the dirty-minded sexy dancer, has an erotic city filled with controversy. From incest themed “Sister”, to the nymphomaniac protagonist in “Darling Nikki”, Prince didn’t restrict himself from exploring taboos. He was always quick to point out that he is a performer, its a show, he isn’t “Prince” 24-hours a day. I read this as his acknowledgement that this is entertainment and art and those things should not have restrictions. However, Prince had become a bit more wholesome in his old age. I saw him live just before he passed away and he didn’t play any of the particularly controversial songs. At one point he started the first few bars of Darling Nikki, to huge cheers from the audience, but quickly shifted to a new song, comically wagging his finger at us as if to scold us for our salacious enthusiasm for the X-rated song. I ended up including his song “Controversy” which I find to be a little more uplifting and empowering and less pornographic than some of his other hits.

I ended on a bit of a somber note, The Velvet Underground’s notorious ode to “heroin” is epic and unlike anything else. There is something simultaneously hopeful and completely hopeless in the line “I’m gonna try for the kingdom if i can”. I love it. The the song ebbs and flows from melody to dissonance. The tempos comes in waves fast then slow simulating the rush. Wow what a piece of art.

Well that’s it for this month. If you’re hungry for more, I’ll be back next month with a new playlist and post. If you aren’t thoroughly offended by these taboo tracks, please share the playlist and follow me on Twitter @jiquin. Thanks for listening.