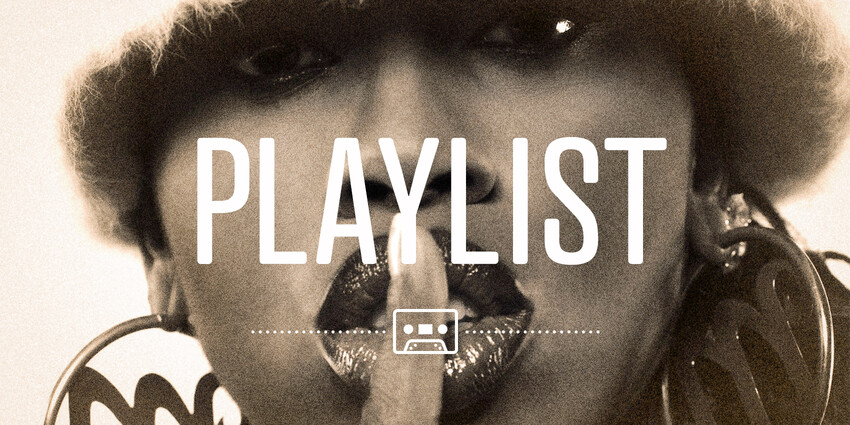 Shhh, let’s keep it down. The theme this month is Silence. Selected by our friends from the Montevideo chapter. The theme, silêncio, is a peculiar one to use as the basis for a playlist. Music is all about sound after all, or is it? As maestro Miles Davis famously said, “It’s not the notes you play, it’s the notes you don’t play.” Silence is as significant to a song as the sounds, just as negative space is a crucial ingredient in any visual composition. So celebrate the silence, the lack of noise, the rest in the passage as it enhances what we contribute through contrast.

This months playlist opens with a somber serenade from Simon and Garfunkel’s debut album “Wednesday Morning 3AM”. This version of “Sound of Silence” is probably less familiar to people, but it’s the original version of the song. It was also as a complete commercial failure upon release in 1964 and in fact the disappointment sent Paul and Art on their separate ways. That could have been the end. However, famed producer Tom Wilson wouldn’t let the song go, he rearranged, rerecorded and remixed the acoustic composition to include drums and eclectic guitars. The reimagined single was released in 1965 and by 1966, two years after the initial disappointing release, the new version of sound of “Sound of Silence” hit number 1 on the billboard charts and led to a subsequent reunion of the duo. I prefer the original but what do I know.

A little further on in the decades and the song list is Til Tuesday’s “Voices Carry”. It’s one of those songs that, like a time machine immediately transports me back to the 80’s. Something about the new romantic style synth lines and Aimee Mann’s voice just takes me right back to the days of cassette tapes and my trusty walkman. What a fantastic song. Apparently the lyrics were written by Mann about a relationship with a woman. Predictably, the record execs of the Reagan era were concerned about the lesbian subject matter, and pressured the band to change the pronouns in the lyrics so as not to offend the conservative masses. If that story is true, it could explain the themes of secrecy. Either way it adds new dimension to the song. “Hush hush, keep it down now, voices carry”.

Deeper into the the playlist is Joy Division’s “Atmosphere”. It is one of the bands strongest compositions, dark, brooding, touching and beautiful. Although I suppose you could say that about any of the band’s songs. There is something other worldly about Joy Division, I imagine an ensemble of ghosts performing in an abandoned warehouse, it’s distant and intimate at the same time. I’m not entirely sure, but my sense is that the repeating motif “don’t walk away in silence” is a plea for connection a longing for resolution. These themes of sorrow, alienation, solitude and loneliness pervade Ian Curtis’ lyrics, no doubt these are echos of his internal struggles. In 1980, the same year this song was initially released, Ian Curtis tragically took his own life. We are left with a limited but powerful set of songs from him.

On a slightly more empowering trip, Bikini Kill’s defiant “Resist Psychic Death” is an apparent call to reject the obliteration of identity and external expectations… huh I think? Psychic death a Jungian concept pertaining to the sacrifice of subjective self-identity. I can’t claim to know what Kathleen had in mind here, but surely the lyrical motif “Silence inside of me, silence inside” is a reference to the Silence = Death slogan / rallying cry popular amongst feminist and queer activist at the time. Be Vigilant. Refuse. Resist. Very riot grrrl. Our friends from the Montevideo chapter picked the theme this month, so I wanted to include a few bands from the Uruguayan city. Now I’m not going to even pretend to know the music scene in Montevideo, but it’s clear there is some exciting stuff happen in the southern hemisphere. I’m particularly intrigued with 5-piece power pop outfit Niña Lobo, check out their dreamy E.P. Migrar, it’s rad. Next is the track “Sleep Tight Love”, by DJ, electronic musician and vocalist Lila Tirando a Violeta. Ethereal and dreamy this track would fit right into a chillwave DJ set between Tycho and Washed Out. The next song is from the band Carmen Sandiego, not to be confused with the video game detective, this Montevideo based band has an eclectic sound shifting form punk to electronica to indie pop. The track I included is La Telefonista which caught my attention due to the Human League-esque bass line bubbling throughout the track. It’s a great song and a great place to end our musically tour of Montevideo, but I suggest you continue on at your leisure, there is plenty to explore.

I close out the playlist with side A of Miles Davis’ In a Silent Way album, “Shh / Peaceful”. All the key players are here and at the top of their game. Herbie Hancock’s and Chick Corea share electric piano duties, they percussively dance over Joe Zawinul’s swelling swirling organ passages as Tony Williams’ cymbals swish and bustle like so many shuffling pedestrians on a crowded city sidewalk. John McLaughlin decidedly rock influenced guitar work is sporadic and explosive drifting in and out of focus with melodic flourishes and subtle crescendos, by the time Davis comes in we are already in space. This is a magnificent composition. It’s 18 minutes, enjoy all of it.

That’s just a few highlights from the 40 plus songs on the playlist.

Thanks for listening and if you enjoy these playlists, please follow me on Spotify and give me a shout on Twitter, I would love to hear from you.