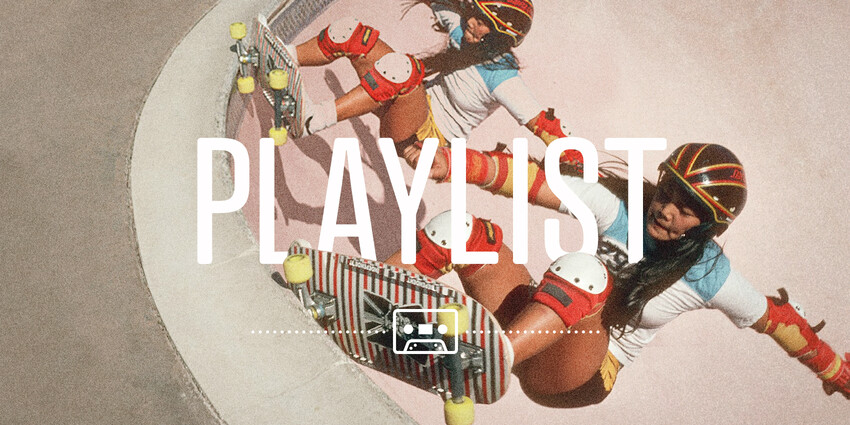 I have to be honest, this month’s playlist was a little difficult to focus on with everything that is happening around the US election. I have been more than a little distracted. The theme this month is Radical but I’m not feeling very rad, paradoxically I am feeling a bit radicalized. I promise to be more myself next month.

It makes sense that the city known as the birthplace of skateboarding, Sand Diego selected the theme. When I hear the word Radical I think back to the 1980’s skateboarder/surfer/BMX culture that was so influential in my youth. Magazines like Thrasher and BMX Plus were portals into an exhilarating and exotic world, at least for a young kid in Ohio. Like awesome, radical was a preferred superlative, it just meant extremely good, as in “Whoa radical dude!” or the more pithy, “that’s rad” which I must admit I still say today. The word and related affectation eventually morphed into a caricature of a particular strain of Southern California youth culture. Film archetypes like Jeff Spicoli from Fast Times at Ridgemont High, or the two vacant protagonists of Bill & Ted’s Excellent Adventure, employed an over emphasized “Raaaa-di-calllllll” to signal a certain spaced out stoner-esque youth obliviousness. It was fun and humorous, but minimized the extreme creativity and innovation that the SoCal culture had on an entire generation of kids. From athletics, to music, art and beyond the imprint of this movement is still present today.

In the 1960 and 70’s radical had a completely different connotation, it was a label for intense political views usually those considered “out there”. Counterculture groups like the hippies, Black Panthers, The Weather Underground, gay rights activists and other civil rights groups expressed differing degrees of “extreme” political reactions to social inequity, the war in Vietnam and the lingering conservative culture of the 1950s. To be labeled a “radical” was a badge of honor; it really meant radical opposition to injustice. The irony being that the notion of equality, equity, peace, respect and humanity for all is not radical, in fact it should be intuitive and normalized—it’s authoritarianism, oppression, war, and bondage that is extreme. That brings us to today where once again the term radical is pejoratively used to label those passionately advocating for progress as extreme. Let’s keep it up until the time comes where these ideas are not radical at all.

The theme is Radical and assembled here is a playlist of extremes. From the politically charged anthems of MC5, Public Enemy, and Gil-Scott Heron to the exaggerated claims of awesomeness from Shy Glizzy to Death Grip’s visceral and evocative Guillotine, you should find something you think is rad or maybe even something that leaves you radicalized.

Thanks for listening and If you dig these playlists, follow me on Spotify and give me a shout on Twitter, I would love to hear from you.