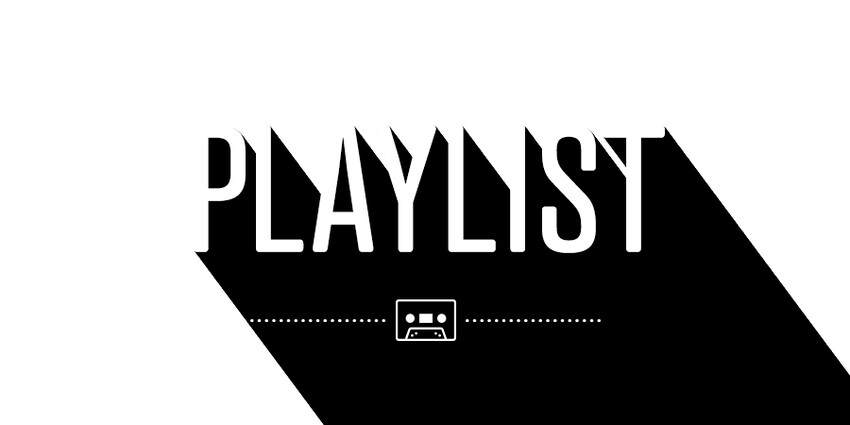 Wow Minimal, this was a hard one, maybe the hardest one yet. I didn’t want to simply load up with minimal house and sonically sparse songs. Boring. So I reframed my approach. I thought about songs that use minimal elements to achieve a significant impact, similar to the way visual designers create potent visual tension through use of whitespace and minimal design elements. I also included a few that thematically reference small amounts or emptiness. I ended up with a lot of stripped down versions of songs and songs that use simple repetition to create a base for the other elements to stand out, much like negative space does in visual design.

The Brigitte Fontaine song “Le Gougron” is fantastic, strip down and raw. Her voice reluctantly propels the track, droning and sultry almost like the beginning of Velvet Undergrounds “Heroin”. The hook is simplistic, repetitive but addictive and soothing. Although you wouldn’t know it based on the somber tone of this song, it is about embracing the small pleasures in life, it’s a very life-affirming optimistic song. The band Yacht crafted an excellent dance cover of this song a couple years ago “Le Gougron – Yacht cover version”.

“I Need a Beat” was LL Cool J’s first single, and if you read the label on the 12” it credits A. Horovitz, better know as Adrock of the Beastie Boys. As the story goes, Adrock discovered young (16 years old) LL Cool Jay and enthusiactically promoted him to his friends Rick Ruben and Russell Simmons during the infancy of Def Jam Records. And the rest is history. Adrock is credited on the song because he actually made the beat for this track on his drum machine. The track is just vocals, a Roland TR-808 drum machine and scratching, hip-hop in it’s purest most minimal form.

I had to included Nina Simone’s cover of “Funkier Than a Mosquito’s Tweeter”. The composition is most rythmic. It’s minimal but potent, a simple repetitive bass groove, vocals and wild layered percussion. So effective. The drum break and build up in this song is so bad-ass it gives me the chills every time I hear it. Listen to it with the your volume at 11 if you can.

For the second month in a row, Cat Power makes an appearance. This track, “I Don’t Blame You” is so powerful with a minimal amount happening from an instrumentation perspective. It’s just Chan Marshall’s smokey vocals and an aucoustic piano. The song is rumored to be about Kurt Cobain and his resistance to fame and the growing public expectations of him. It’s a great song, simple but intense.

Raising Arizona is one of my favorite movies, and the banjo yodeling track “Way Out There” has always stuck with me. The beginning of this version of the track is a little off theme, but once the song proper kicks in, it’s perfect. Only three sounds make up the composition, a banjo, yodeling and whistling. I can just picture the Arizona horizon at dusk. It’s quirky, sparse and hopeful. The yodeling melody was discovered by the Coen brothers on an old Pete Seegar track which he credits to the Sons of the Pioneers “Way Out There — Original”.

I thought would close with a crowd favorite, the Violent Femmes “Add It Up”, it works both thematically and sonically pretty basic composition snare drum, guitar and vocals. “Why can’t I get just one…”

See you next month with another playlist.